The Morning After: Cutting it close 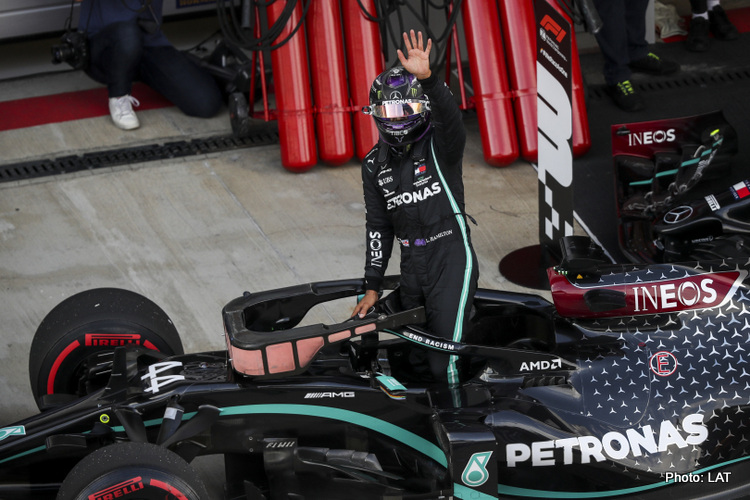 Despite a final margin that was about as dominant as it could be, Lewis Hamilton could not have cut things closer in qualifying for the Russian Grand Prix on Saturday.

Indeed, while the timesheets say his two laps in Q3 are why he will start from pole, it was his out-lap after the red flag in Q2 that actually got him there.

With just 1.25 seconds remaining in the session when he crossed the line, Hamilton’s margin was about as thin as one of the hairs in Chase Carey’s moustache. You couldn’t run it closer if you tried.

And what made it more remarkable was that unintentionally, he kind of did! First the off at turn 2, then after overtaking two cars at the second-last corner, he got caught behind the Renault of Daniel Ricciardo, dawdling at the final turn in order to give himself space.

If you haven’t seen the onboard, do yourself a favour and watch it. I’m not sure I’ve ever heard Bono as panicked as he was there. Incredible stuff, and now what could have been a much harder fight through the field on Sunday is very likely to be an easy victory.

I really don’t want to dump on Alex Albon after he just earned his maiden podium last time out at Mugello, but a 1.141s gap to Max Verstappen is worthy of a major ‘yikes’. In his defence, Max is clearly an alien, but is it too much to ask him to get within a second?

What a disaster for Ferrari. To think they started 1 and 3 here last year, and now can’t even make Q3 – and that’s with upgrades on the car. Surely mixing it with the Renaults and McLarens shouldn’t be too much to ask?

Interesting to see how Mercedes will play things on Sunday with Hamilton and Valtteri Bottas starting 1-3 and the tow so powerful here. Presumably there will be some sort of agreement that Bottas will have to give the lead back should he take it into turn 2, but if there’s anyone who can complicate such matters, it’s Max Verstappen.

The theoretical quickest pit-stop strategies predicted by Pirelli for the Grand Prix based on the data collected from Friday and on weather conditions expected for the race, are as follows: