Russell: Getting Sebastian was a bonus 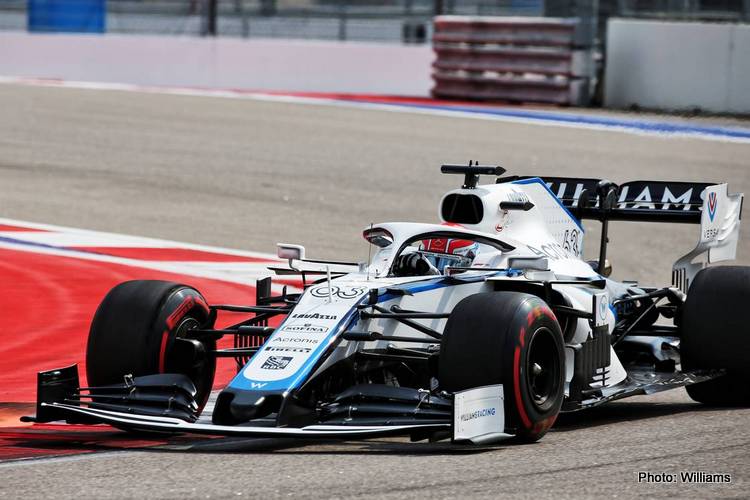 Williams’ George Russell admitted he was ecstatic to qualify ahead of Sebastian Vettel on Saturday in Sochi, finishing one spot ahead of the Ferrari driver in P14.

Two teams that have rarely been in direct competition with each other since the early 2000’s, Ferrari’s struggles in 2020 have seen them recede into the midfield, while the Williams in the hands of Russell has been able to make the occasional appearance in Q2.

Enjoying another such appearance in qualifying for the Russian Grand Prix, Russell will now start ahead of a Ferrari driver after Vettel spun into the barriers towards the end of Q2, thus failing to set a time in the session.

“That was more than we could have expected and hoped for, so I am very happy,” Russell said afterwards. “Our goal was to out-qualify both Haas and Alfa this weekend and we did a really good job to get ahead of them in Q1.

“It was a really good lap, and just getting Sebastian at the end, which is a bonus. So we’re pleased.

“It’s good to be ahead of Sebastian, almost on true pace I’d say, so we’ve got a fight on our hands tomorrow.”

Now Russell’s attention will turn to doing what he couldn’t last time out at Mugello – finishing ahead of Vettel on a Sunday – as the four-time Formula 1 world champion managed to withstand serious pressure from the youngster to hold onto the final point-paying position.

However given his team usually takes a step backwards in races, Russell concedes he might have to set his sights lower.

“The last couple of weekends we have been focusing more on the Sunday as we have recognised our Saturday pace has been good, but our Sunday pace has not quite matched it.

“We have rebalanced our quali and race pace here, which will put us in a good position tomorrow.

“I think Haas and Alfa still have the edge on us, so I think it will be a race to drive as quick as a I can and check my mirrors to make sure they are not going to overtake me.”