Ghiotto and Aiken unhurt after ugly F2 crash at Sochi 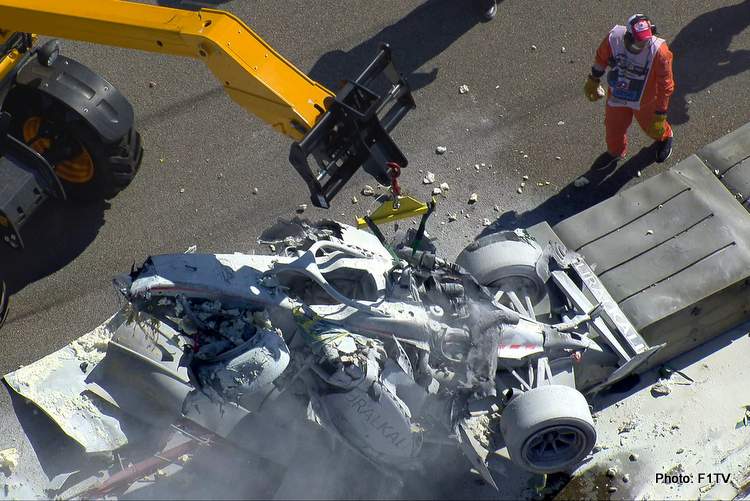 The Formula 2 Sprint at Sochi on Sunday morning was stopped after Luco Ghiotto and Jack Aitken collided on lap eight of the race, the scary accident destroyed both cars with one car in flames which also set alight the Turn 3 track barriers where the car ended.

Once again the halo did its job, while the foam barriers did their job too. A hard barrier or wall might have had far graver consequences. Modern safety measures once again won the day.

The race was stopped and the results before the incident counted but only half-points will be awarded.

Aitken and Ghiotto, who collided, were classified fourth and fifth respectively, thanks to the rollback before the incident as per the rules. Four points scoring rounds remain in this year’s championship.

Thankfully both Jack Aitken and Luca Ghiotto walked away from the incident#RussianGP 🇷🇺 #F2 pic.twitter.com/qPexWLQjaf

The marshals are on the scene…

Both Ghiotto and Aitken’s cars have been recovered#RussianGP 🇷🇺 #F2 pic.twitter.com/4hD6Riht5R

Taken on countback from Lap 5, here’s how the top 10 finished#RussianGP 🇷🇺 #F2 pic.twitter.com/JuDzLQB9Xo 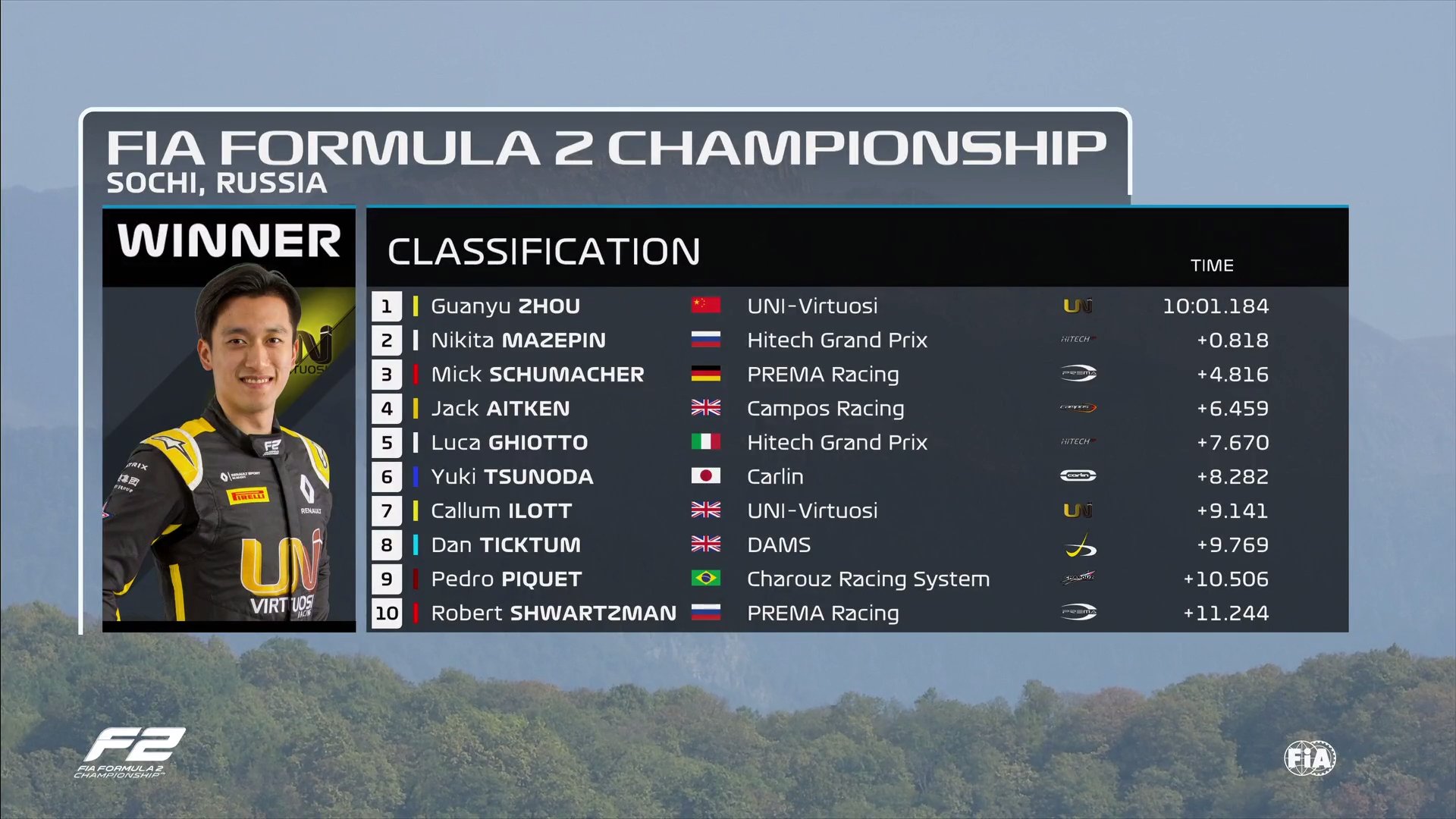