Bottas: I won’t give up! 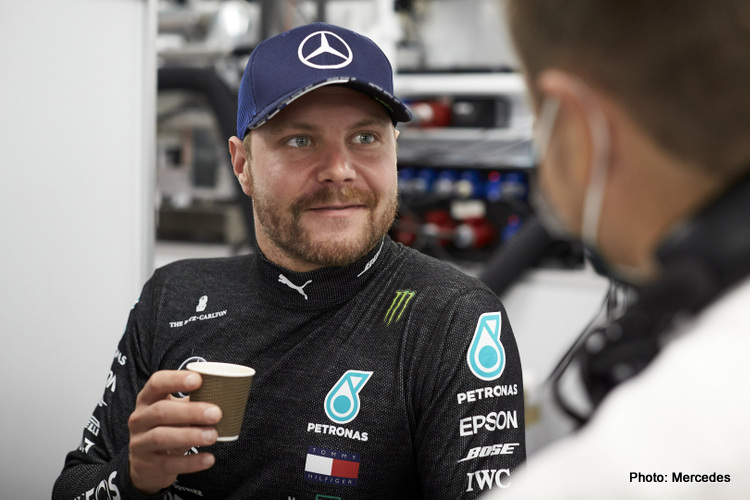 Mercedes’ Valtteri Bottas has hit back at criticism for his performance in Saturday’s qualifying for the Russian Grand Prix, arguing he still has the goods to take the fight to teammate Lewis Hamilton.

Qualifying third behind pole-sitter Hamilton and Red Bull’s Max Verstappen, Bottas again disappointed in what is unanimously considered the fastest car on the grid, copping plenty of flak on social media in the process.

However in an interesting twist, the Finn was not willing to let one fan’s harsh words go on Instagram, replying to their comment on his post with one of his own. 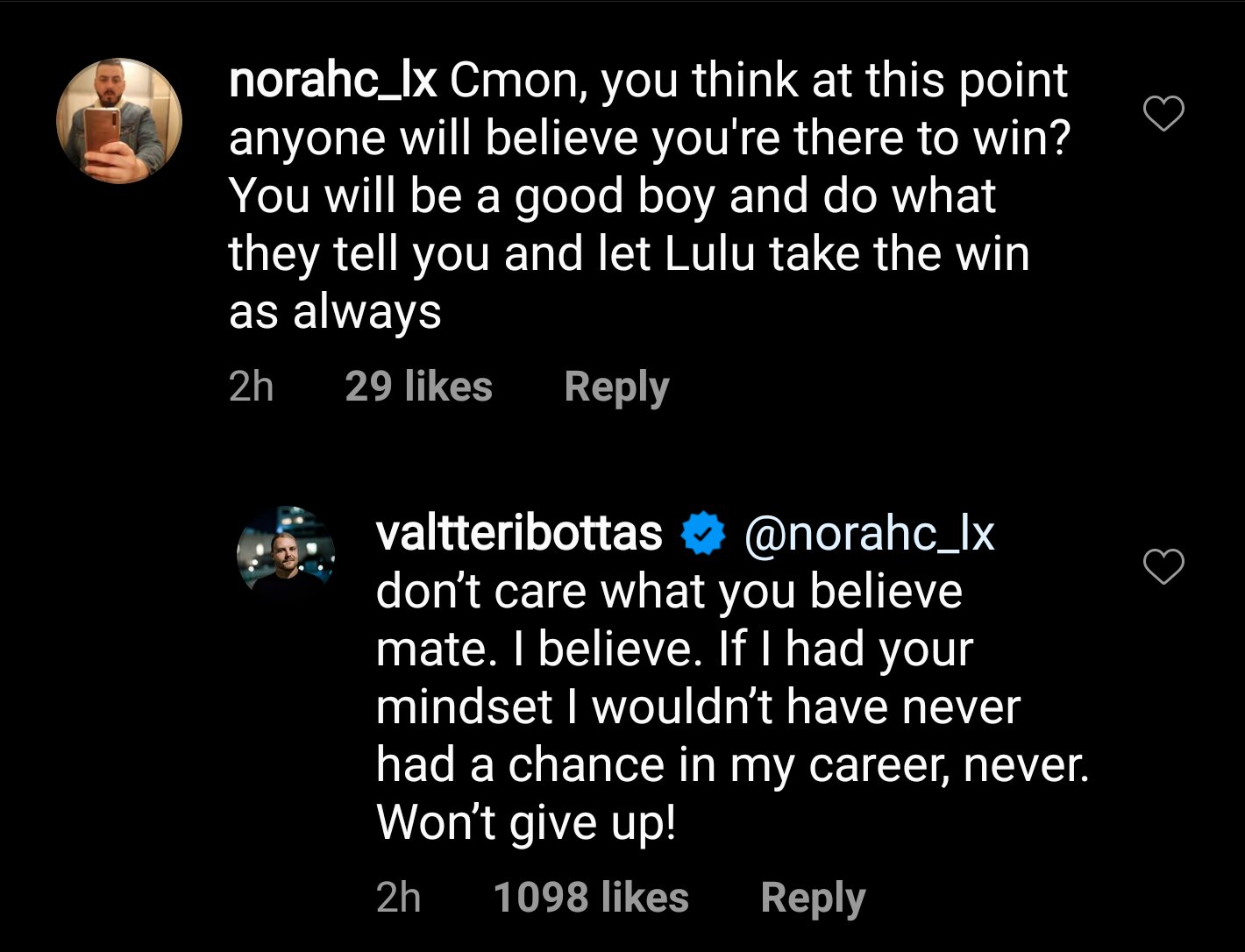 “C’mon, you think at this point anyone will believe you’re there to win?” asked norahc_lx. “You will be a good boy and do what they tell you and let [Lewis] take the win as always.”

“[I] don’t care what you believe mate. I believe,” Bottas said in response. “If I had your mindset I wouldn’t have never had a chance in my career, never. [I] won’t give up!”

After winning the season-opening Austrian Grand Prix from pole, Bottas has gone on to watch Hamilton take six of the next eight races, leaving him 55 points behind the Briton, with that deficit likely to increase on Sunday.

Nevertheless, it seems Bottas still thinks he has the goods to take the fight to Hamilton, and you can bet that next time he wins a race and has the chance to take a spray at his critics, he will be thinking of norahc_lx.