Steiner: One of those chapters where the struggle continues 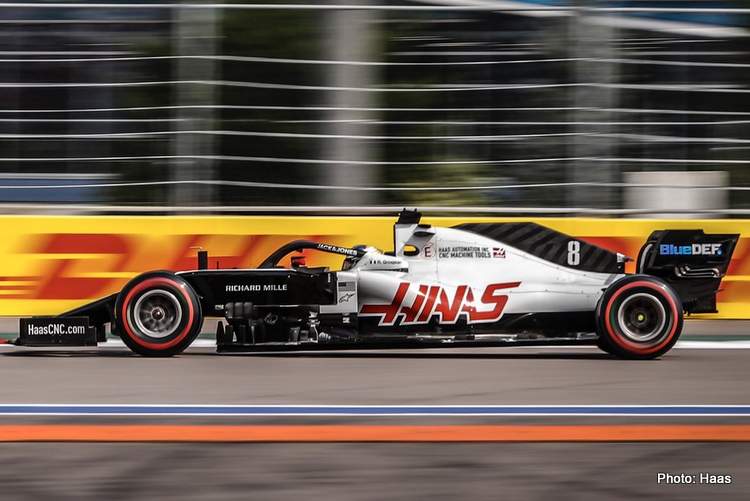 With no upgrades, rubbish and a complex 2020 race car they don’t understand, Haas were again at the wrong end of the timing screens, this time, during qualifying for the Russian Grand Prix – neither Kevin Magnussen nor Romain Grosjean made it beyond Q1.

At this point in their history, the American team are treading water and afternoons of poor performances their plight as they struggle on all fronts with their woeful VF-20.

Team principal Guenther Steiner is well accustomed to explaining away the problems afflicting the Ferrari-powered team, on Saturday after an action-packed qualy session he summed up, Guenther Steiner
“I guess it’s one of those chapters where the struggle continues.

“We know on a good day we can get into Q2, obviously it wasn’t a good day given we finished 16th [Grosjean] and 18th [Magnussen]. For now, we keep on fighting and try to squeeze everything out of what we’ve got.

“The drivers put a big effort in, as did everybody, and that’s what is important to me – that we keep on trying. We need to keep doing that until we see better days.”

Romain agreed with his boss, “I think I got the most out of the car to be fair. We were struggling yesterday; we were more than a second off P19. We made a good step this morning. We changed parts and so on, but it still wasn’t as good as I wanted it to be.

“We made a few more changes going into qualifying and we’ve actually done very well. The car felt much better, it was much more together, so I’m happy in that aspect. I’m hoping things can happen at the front in the race tomorrow and we can hopefully score from that.

“On raw pace, there’s no chance for us to get into the top 10 if nothing happens, but obviously we need to be ready if there are any opportunities, we need to do our best and get them,” added the Frenchman.start

Magnussen added his bit, “It wasn’t a good qualifying. We’ve had decent pace in the car all weekend but then in qualifying we couldn’t make the tires work on the first lap. I had lots of traffic on the out lap of my final run.

“The tires were just too cold. We needed another lap and we just didn’t have that. None of the laps were optimum. It’s not satisfying but it just didn’t come together in qualifying.

“I don’t know if we look super strong for the race despite a decent FP2 yesterday on the long runs – we look to be where we usually are. We’ll just try hard again tomorrow,” concluded the Dane.