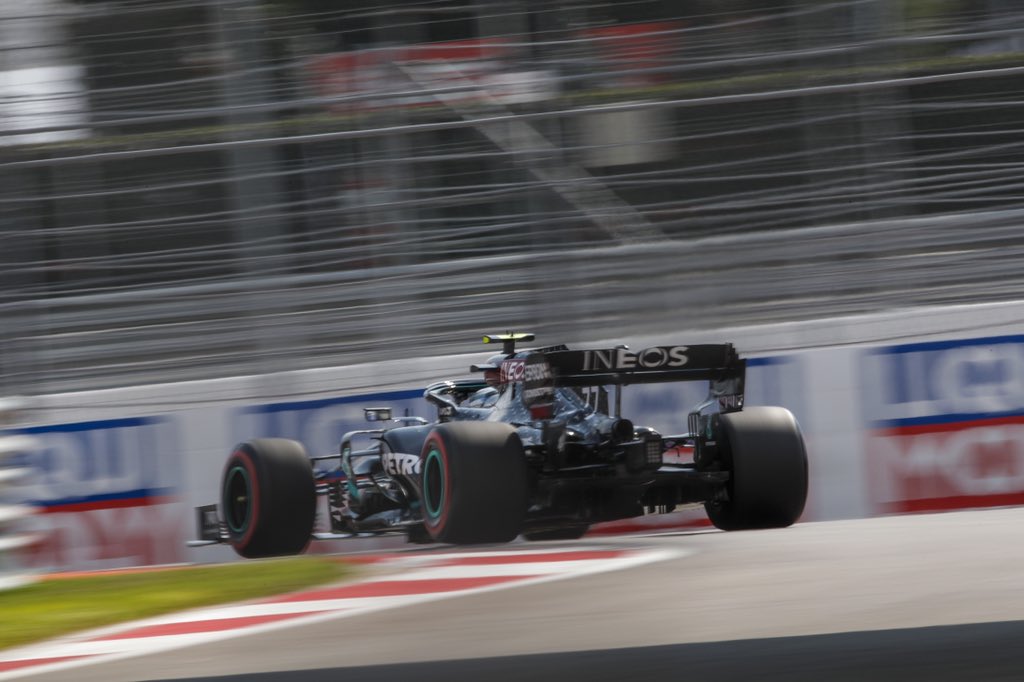 After Valtteri Bottas dominated Friday, Lewis Hamilton made his move to the top of the timesheets in final practice for the Russian Grand Prix on Saturday.

Topping the timesheets with a 1:33.279, Hamilton was 0.776 seconds up on Bottas in an ominous display right before qualifying.

That said, the seven tenths gap to Bottas was certainly helped by the lack of clean running enjoyed by the Finn, as he along with several others on the grid failed to put together an indicative flying lap in the one hour session.

Behind the two Mercedes drivers, Carlos Sainz was a mere 0.041s back for McLaren, followed by Esteban Ocon and Sergio Perez, all within a second of the fastest time.

Still yet to exhibit any meaningful pace this weekend, Max Verstappen could only manage sixth for Red Bull, his best time of 1:34.306 over a second off Hamilton’s time.

Sebastian Vettel enjoyed a solid session – at least by his standards – in finishing seventh, with Lance Stroll, Daniil Kvyat and Daniel Ricciardo rounding out the top ten.

Kevin Magnussen was 16th, ahead of the Alfa Romeo pairing of Antonio Giovinazzi and Kimi Raikkonen, although they are likely to be closer to the bottom come qualifying, as both P19 Alexander Albon and P20 Lando Norris were unable to set a competitive time. 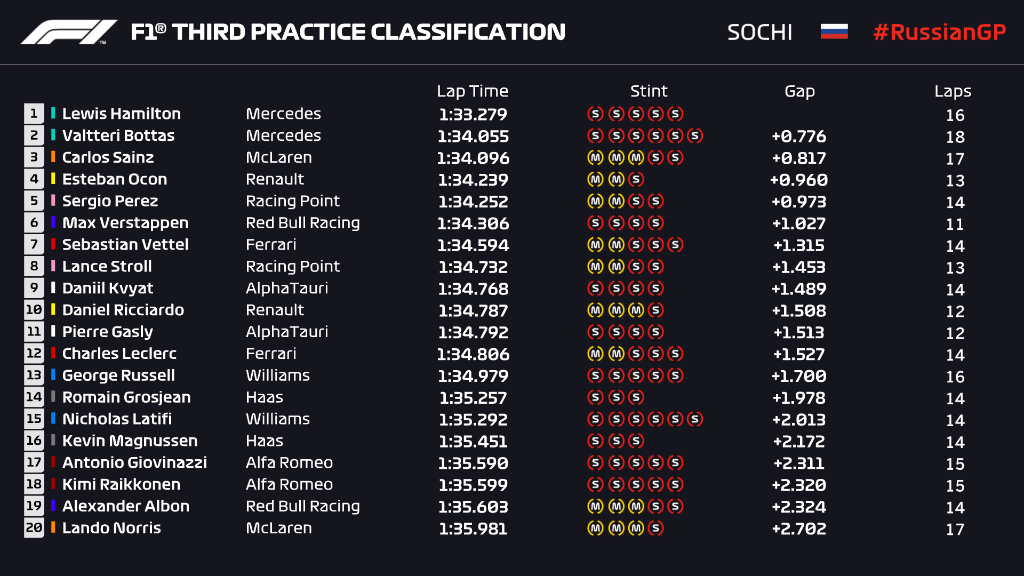