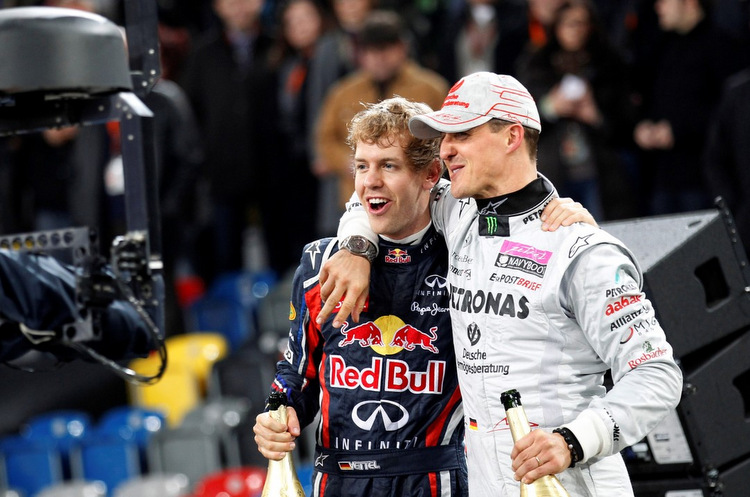 Sebastian Vettel admits he is conflicted about the prospect of Lewis Hamilton equalling Michael Schumacher’s Formula 1-record 91 career victories, as the latter was his childhood hero.

A four-time F1 driver’s champion in his own right, Vettel is Germany’s second-most successful driver behind Schumacher, who he grew up watching on TV.

In particular, Vettel recalls the memory of watching Schumacher win his first title (and third overall) with Ferrari in 2000.

“I was what, 13 years old? At that stage you don’t really think about what it means.”

Now Hamilton, who has repeatedly dashed Vettel’s dreams of more success in recent years, could draw level this at this weekend’s Russian Grand Prix, something that Vettel admits is hard to digest.

“I think it’s always been a number that has appeared impossible to reach,” Vettel told reporters in Sochi on Thursday. “[But] seeing, last year, Lewis’s track record, he was getting closer and closer.”

“On the one hand, for sure, I will be sad, because Michael is still my hero on the other hand, I will be very happy for Lewis. I think he deserves all the success he has had in the last years and he is going to have in this year – I don’t know if he remains [in F1] but I guess so – and the next years.

“So yeah, a bit half-half. Mixed emotions, but yeah, that’s how I feel.”

Vettel was then asked if at any point he had considered whether he would break his countryman’s record.

“For myself, I don’t know,” he admitted. “Obviously, I’m far away now but as I said, it was always one of these numbers that seemed impossible up to the point that somebody gets there, gets close and breaks it.”