Verstappen: I think we will be in the fight 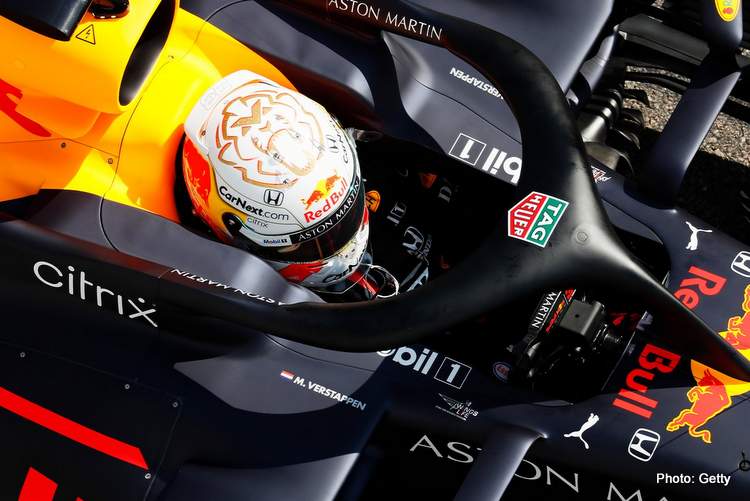 This season Max Verstappen has invariably risen to the challenge of taking on Mercedes despite being woefully underpowered to make a fair fight of this year’s title race, a reality highlighted in the time-sheets at the end of the first day of the 2020 Russian Grand Prix weekend.

The Dutchman remains confident for the race, despite his best effort on Friday only good for seventh fastest, 1.539 seconds off the top time set by Mercedes driver Valtteri Bottas; a trio of Renault-powered cars ahead of the Red Bull driver to add insult to injury.

Verstappen reported from Sochi, “In general we know that this track is not the best for us but we have been trying different downforce levels in both sessions to see what the best option is. I think we could have done a bit better in FP2 but we tested a lot of things on the car.

“Some things worked and some didn’t but now we have some good ideas for tomorrow. I think qualifying is going to be tough and I am not sure if we can be in the top three but in the race we look a bit more competitive which I am happy about.

“Renault also look competitive but we have to look at ourselves and make sure we make the right trade-off for downforce levels and have a stable car.

“I know qualifying will be tight and there is still a bit of work to do to make sure we can finish on the podium, but I think we will be in the fight,” added Max who has yet to celebrate on the Sochi podium.

He will also be looking to finish the race, a feat he has not accomplished in the previous two outings. He has three DNFs, due to technical issues, to his name

On the other side of the garage, Alex Albon was a couple of tenths shy of his teammate’s best effort, which put the Thai driver 12th in the compact midfield where only a second separates third fastest, Renault’s Daniel Ricciardo, and 18th!

Alex summed up his first day, “This hasn’t been one of our strongest tracks in the past and it’s hard to say if that’s changed or not after today’s practice sessions.

“There’s some data to look at now as we tried different things on mine and Max’s cars so hopefully, we can find something good between the two that works.

“We knew it would be hard coming here, the midfield have made a big step compared with last year so it will be tight as the times show today,” concluded Alex who finished fifth in Russia last year in what was only his fourth race for the Red Bull senior team.