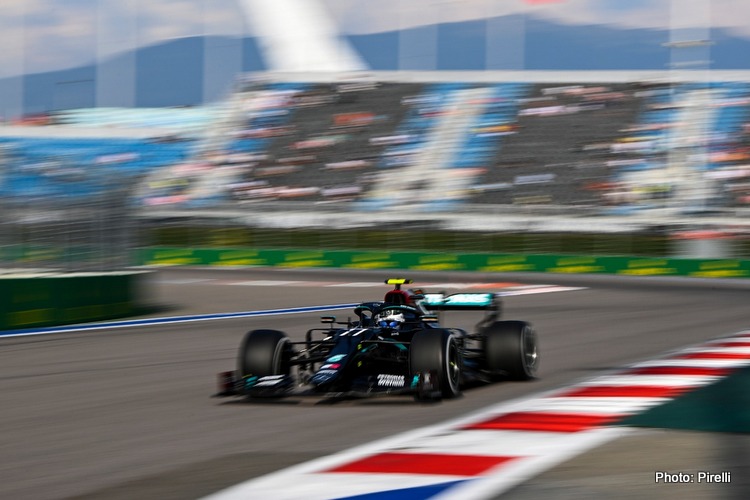 A display that indicated the gap to the rest of the Formula 1 grid is as large as it’s ever been, Mercedes scored a comfortable Valtteri Bottas-Lewis Hamilton 1-2 in second practice on Friday in Sochi.

Setting the pace with a time of 1:33.519, Bottas was 0.267 seconds up on Hamilton, with the third-placed Renault of Daniel Ricciardo a further 0.791s back in what is clearly a one-team fight for first this weekend.

A circuit where Mercedes have never lost in the six years the Russian Grand Prix has been on the calendar, Sochi once again seems to suit the Black Arrows down to the ground, although it is hoped Bottas can make something of the intra-team fight at a circuit he is historically strong at, and indeed he looks to be again this year, having topped both Friday sessions.

As a further indicator of Mercedes’ dominance, the aforementioned gap between Hamilton and Ricciardo is larger than the 0.665s separating the Australian from the next nine drivers, down to Red Bull’s Alexander Albon in 12th, although that can also be interpreted as an encouraging sign for this weekend’s fight in midfield.

Filling in the contenders of that battle, Carlos Sainz and Lando Norris were fourth and fifth respectively for McLaren, 0.124s separating them.

Sergio Perez was a further 0.043s back for Racing Point, whilst leading Max Verstappen by 0.158ss.

Ferrari’s Charles Leclerc was next, a mere 0.004s off the Dutchman, with Esteban Ocon ninth as the meat in a Scuderia sandwich with Sebastian Vettel rounding-out the top ten.

Italian GP winner Pierre Gasly was 11th ahead of Albon, with a further 0.219s separating the Thai from Daniil Kvyat in 13th.

Kimi Raikkonen was 14th, showing some encouraging pace for Alfa Romeo – ditto for the Williams pairing of Nicholas Latifi and George Russell, who were P15 and 16 respectively.

Biggest room for improvement goes to Lance Stroll, who had an early spin at turn 13 on his way to 17th for Racing Point.

Kevin Magnussen was 18th for Haas, ahead of Alfa’s Antonio Giovinazzi by 0.324s, with Romain Grosjean bringing up the rear, a further 0.805s back. 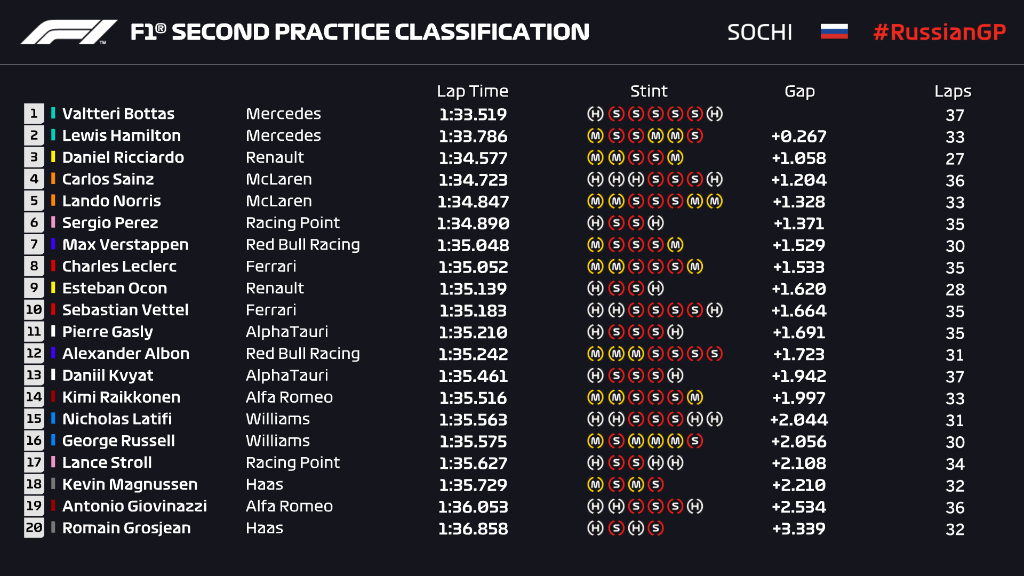