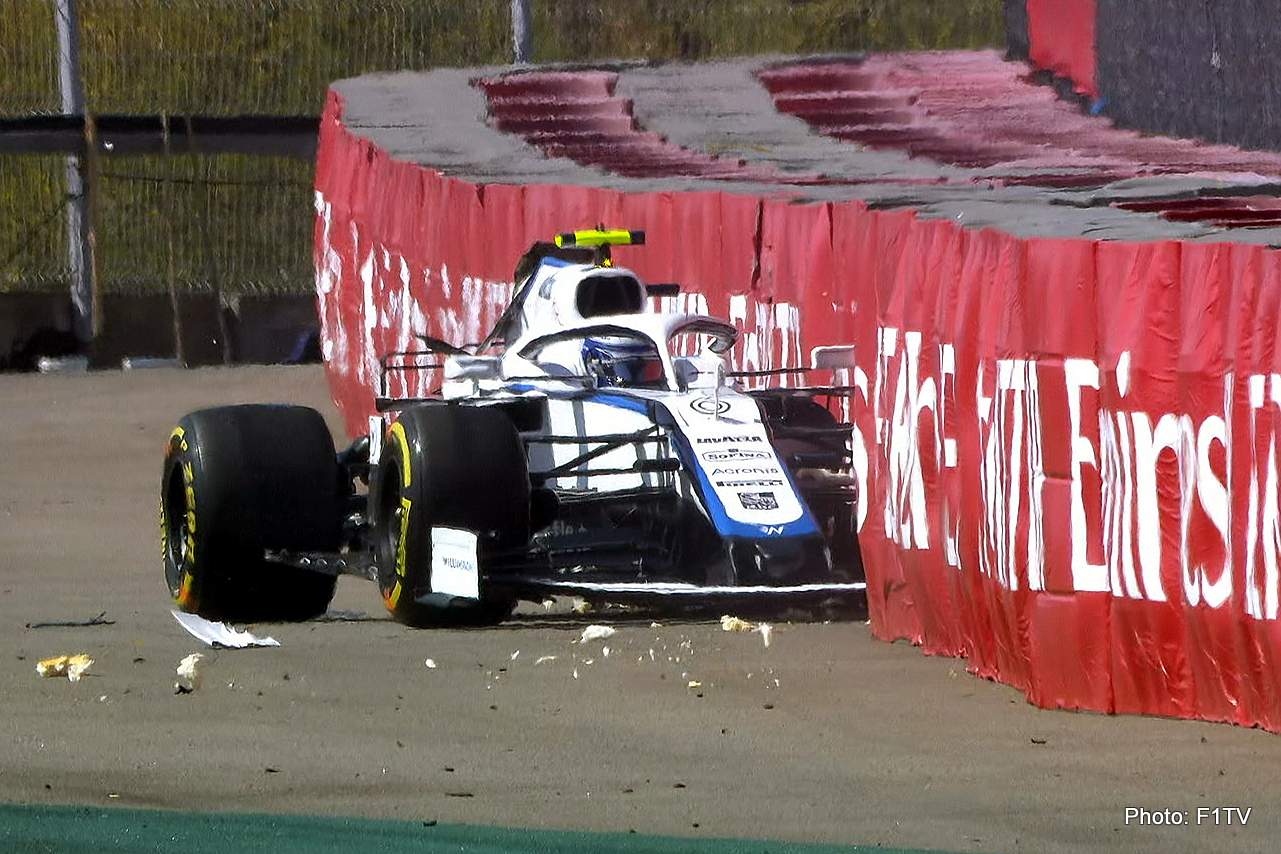 The 2020 Russian Grand Prix got off to a bang when Williams driver Nicolas Latifi crashed heavily bringing out the red flag as marshals cleared the wreck for the session to resume with Mercedes driver Valtteri Bottas top of the timing screens at the end of FP1 in Sochi.

On a slippery track which had already caught out Carlos Sainz who spun in Turn 7 and broke the rear-wing on his McLaren. Not long after, just short of the hour mark, Latifi went wide into Turn 10 spun sideways and clouted the wall hard.

“I crashed. I’m fine,” he reported as the session was red-flagged.

At the sharp end Bottas did a 1:34.923 to claim to spot and the only driver to break below the 95 seconds mark around the Olympic venue.

Teammate Lewis Hamilton never tried, or got the opportunity to do hot laps, and dawdled (relatively) around on hards, suggesting an alternative practice programme to his teammate and rivals. As a consequence he was 19th on the timing screens, only faster than Latifi.

Renault appear to have some pace for the Autodrom with Daniel Ricciardo second quickest, albeit half a second down on the top time but nevertheless Best of the Rest, with teammate Esteban Ocon sixth a further half a second adrift.

On a track which is normally unkind to Red Bull, Max Verstappen was third fastest, a tenth and a bit down on Ricciardo’s best effort.

Next up, were the Racing Point pair of Sergio Perez in fourth and Lance Stroll fifth but almost a second behind the ‘sister’ Merc in top spot.

Local hero Daniil Kvyat in seventh was fastest of the Alpha Tauri pair with Pierre Gasly tenth, four-tenths down on his teammate.

Ferrari are still handcuffed to the wrong end of the timing screens with Sebastian Vettel only good for ninth and a whopping 1.4 seconds off the quickest Mercedes. Charles Leclerc was 11th, a further half a second down. 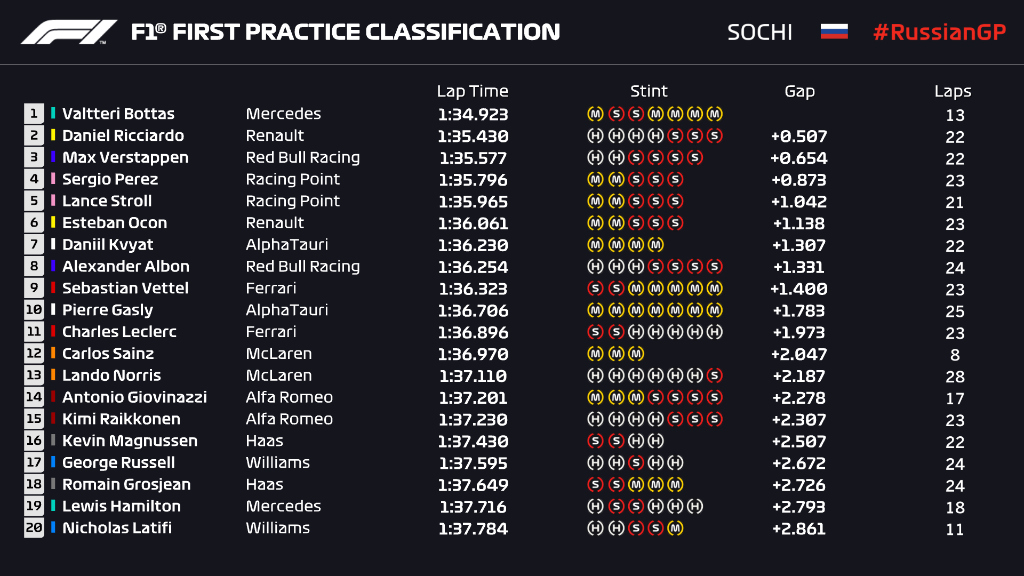