Ricciardo: I draw a lot of confidence from today 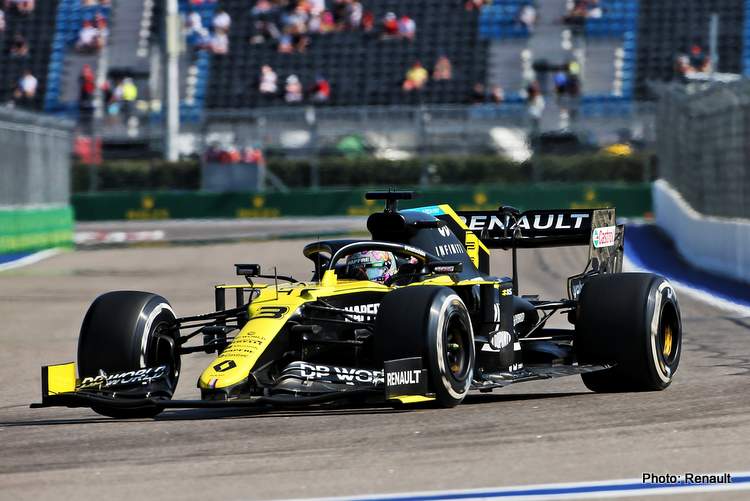 Daniel Ricciardo was Best of the Rest at the end of the first free practice day of the 2020 Russian Grand Prix weekend, trailing the Mercedes by a margin but well within podium-dream allowance for the Renault driver.

Guaranteed the Aussie had his trademark big smile under his mask when he reported after day one in Sochi, “We keep on setting the timesheets alight on Friday, so it’s nice to see us high up again today.

“It’s a circuit I’ve not had too much success or confidence on before, so it definitely gives me a boost. I learnt a lot and showed strong pace in every run. Looking ahead to tomorrow, I think it’ll be a lot closer especially between us and the teams that are about two to three tenths behind.

“I think qualifying will be tightly contested. But I draw a lot of confidence from today and we’ll look to string it all together for the rest of the weekend.”

Evidence on the first day suggests that Renault have found some punch in their PU package as McLaren were looking handy too.

Although Esteban Ocon trailed his teammate by half a second in both practice sessions on Friday, he was unperturbed, “I think it was a pretty decent Friday. We tested a lot of things that now we have to put together tomorrow, so I think we’re in a good position.

“We didn’t quite find the sweet spot with the car so there’s more to come from us. We can see the performance is there. That’s positive and up to us now to do the magic tomorrow,” added the Frenchman.