Verstappen: It’s not going to be easy in Sochi 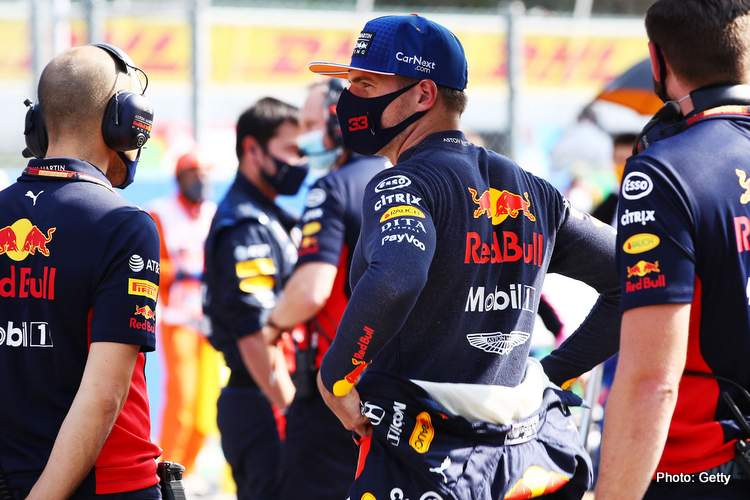 Barring Valtteri Bottas, the only driver who had a sliver of a chance to challenge Lewis Hamilton for the 2020 Formula 1 World Championship title was Max Verstappen but the Red Bull driver has not been well served by the package at his disposal.

Beyond that, whenever given half a chance Max makes himself tormentor in chief for the World Champions, but for two races in a row, the Red Bull driver has had two DNFs thanks to technical issues that have frustrated his campaign.

The title, barring an unlikely miracle, is an increasingly small blip on his radar.

Heading to the Russian Grand Prix. his stats are not kind either, in five visits to the Olympic venue he has yet to stand on the podium and ahead of this weekend the Dutchman is playing down expectations.

“It’s not going to be easy in Sochi and it has not been a favourite for us with a lot of long straights and the competition behind will be close,” explained Max on his website.

“The track is pretty unique as most of the corners are 90 degrees which we don’t usually experience. So we need to make sure we get the set-up just right, especially for certain slow corners to maximise the exit before the straights.

“It’s also not the easiest place to overtake, but let’s hope this weekend I won’t need to do too much overtaking and that we can get a good result,” he added, clearly signalling his intent.

The circus resumes after a much-needed break from the earlier triple-header and the Dutchman appreciated the time off, “I think it was good for everyone in the Red Bull team to have a weekend off but I’m looking forward to getting back to racing, especially after not actually doing a lap in the race at Mugello.

“It is of course not nice leaving a race weekend in that way, especially when I think we had a good chance of more than just a podium but we have to put that behind us,” he said in reference to the issues he had pre-race which ultimately compromised his start, dropped him into midfield mayhem and by Turn 2 he was out.

The Red Bull beached in the sand of Turn 2, race run! But the root of the problem was laid bare for all to see as mechanics frantically serviced the #33 car on the grid. It seemed touch and go it would even make the grid, and when it did it engaged a mind of its own.

The rest is history, aptly summed up by Max, “When you drop into the middle of the pack in the first few corners like that it’s quite easy to get involved in a crash so I’m not disappointed about that, we shouldn’t have been in that position in the first place.”

A week earlier at Monza, during the Italian Grand Prix, he was also forced to park his car shortly after the halfway mark after his Honda-PU failed. And, at the season opener in July, an “electrical issue” forced him out of second place at the Red Bull Ring where he went on to win a week later.

Nevertheless that’s three failures in nine races that have seriously compromised his campaign.

Admirably patient with the situation, Max reasoned, “We have of course discussed the issues as a team and everybody is working in the same direction and trying to fight for every possibility in every single race that we can.

“I think we made some positive steps with the car at Mugello and it was, of course, good to see Alex on the podium for the first time. We won’t stop fighting for wins and podiums.”

Ahead of Round 10 on Sunday in Russia, Max lies third in the championship albeit 80 points down on championship leader Lewis Hamilton.