Perez: I don’t have anything against Seb 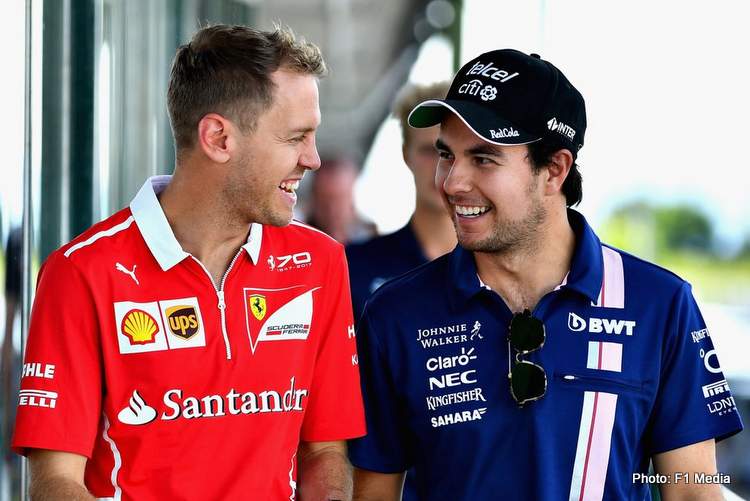 Sergio Perez is out of a drive right now as his services with Racing Point coincides with when the team morphs into Aston Martin next year and welcomes four-times Formula 1 World Champion Sebastian Vettel to the team in his place.

Yet the Mexican harbours no ill feelings as his time with the team will end after a tumultuous ride which began with Force India at the 2014 Australian Grand Prix.

For now, it is believed that the Mexican may still have a lifeline to remain in the F1 pitlane with either Haas or Alfa Romeo, formerly Sauber where he began his F1 career. Indycar has also been touted as an option.

Ahead of the Russian Grand Prix weekend in Sochi, Checo told reporters, “There has been, obviously, contact with a couple of teams and talks. I think in the next week or so I will know what exactly is a realistic option and what isn’t.

The 30-year-old hinted he will not stay in F1 for the sake of it, “I need a motivation to keep going, to be training, to be giving my 100 per cent each lap that I do. I must make sure I’m able to get that project, a project that motivates me. If not, I won’t be continuing.”

Checo had a contract extension option but that appears to have been sorted out, apparently amicably – the reaction to this inevitable parting almost too good to be true – and he claims no ill-feelings towards Ferrari discard Vettel whose career was salvaged by Lawrence Stroll’s ambitious project.

“I don’t have anything against Seb, he’s a great guy, a great driver. I think he’s coming to a fantastic team, a team that I wished I carried on [with] because I know how good they’re looking, especially for next year.

“I think obviously when you don’t get the outcome you want, you are going to be disappointed, But I’ve been very long in this business, I understand the decisions behind it. So no hard feelings.

“I don’t think there’s anything I take personally. I just move on. Whatever comes next, I’m happy with it,” added Checo who will be making his 148th start for the Silverstone based team on Sunday in Sochi.