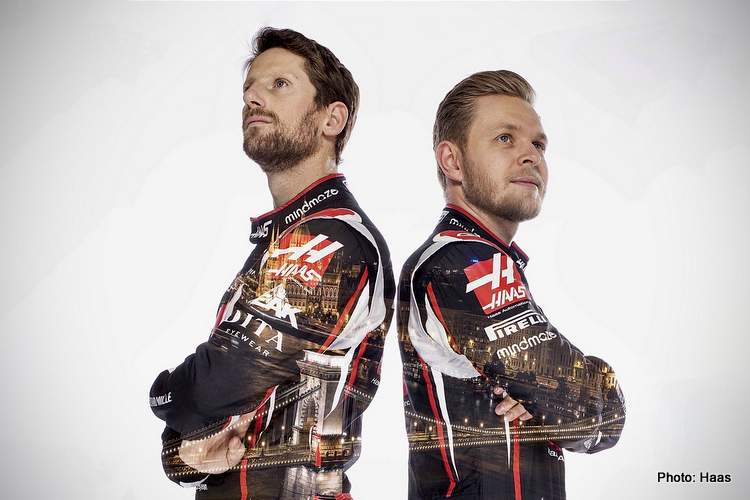 The Formula 1 Silly Season got off to a very early start when Ferrari decided it was time to show Sebastian Vettel the door, which triggered a myriad of unexpected driver changes and set the stage for a flurry of activity between now and until all seats on the grid are signed sealed and delivered.

In the aftermath of a mad summer, for 2021 confirmed line-ups we have Mercedes sticking to tried and tested combo of Lewis Hamilton and wingman Valtteri Bottas; Ferrari with Charles Leclerc and Carlos Sainz; Aston Martin with Sebastian Vettel and Lance Stroll; McLaren with Lando Norris and Daniel Ricciardo; Alpine (formerly Renault) with Esteban Ocon and Fernando Alonso.

Among the teams likely to dispense of one or two of their drivers next year is Haas, with Romain Grosjean and Kevin Magnussen not sure what the future holds beyond this season.

Grosjean sad as much when facing the media ahead of the Russian Grand Prix in Sochi this weekend, “Obviously there aren’t many seats left in Formula 1, and there are many candidates, so I do understand the point of view from Haas, they’re not in a rush.

“But I don’t think I’m in a rush either. There are options elsewhere as well, which can be interesting, most likely stay in Europe. IndyCar obviously is a beautiful championship but I’m not really tempted by ovals, and they even may scare me, so I don’t really want to do ovals.

“So for America… there’s a few endurance championships, but I think the future Hypercar [category] in Le Mans 24 Hours and World Endurance Championship can be nice, Formula E is definitely an option.

“There are some good drivers out there and good teams and Formula 1, obviously everyone can do the maths and see where the seats available are,” added the 34-year-old Frenchman.

The “maths” as he says are a host of ultra-talented young guns in the Ferrari Driver Academy that will be seeking a seat, while the likes of Nico Hulkenberg and Sergio Perez on the market equals an uncertain future for both Haas drivers.

But Romain admits that he still has aspirations to remain in the top flight, “Obviously Formula 1 is Formula 1, and coming from Mugello, driving those cars in Mugello, you’re like, ‘You know what, it’s absolutely unique what I’m driving.’

“So Formula 1 is still very appealing in that aspect. I guess we’ll take some time; we’re still early in the year, still got many races to go.

“On my side, not too much in a rush, just more thinking about driving the car, doing the best we can and making sure that we can score one or two points before the end of the year,” added Grosjean who will be making his 174th Grand Prix start on Sunday in Russia.

Making his 112th F1 start n the same day is his teammate Magnussen, the 27-year-old probably more likely to be retained, is also unsure of what he will be doing after Abu Dhabi in December.

“Obviously I’m looking at everything right now and open to everything,” the Dane told reporters. “I’ve had a great time with Haas these last few years and wouldn’t mind seeing that continue but I’m a passionate racer and would like to explore other things in the future.

“I’ve always wanted to do other things than Formula 1, but that time will come at some point. I don’t know if it’s going to be next year or further in the future. It’s pretty uncertain at the moment when it’s going to happen, and I wouldn’t be able to tell you which way it’s going to go.

“It’s always nicer to have certainty. It’s always better to know what’s going to happen and just being able to look forward to that and focus.

“Right now, it’s uncertain, and I don’t know how long that’s going to take, but you’ve just got to try and still focus and get on with your job, even though the future’s a little bit uncertain,” added Magnussen.