Alonso: If you drive for Mercedes it’s certain you’re going to win 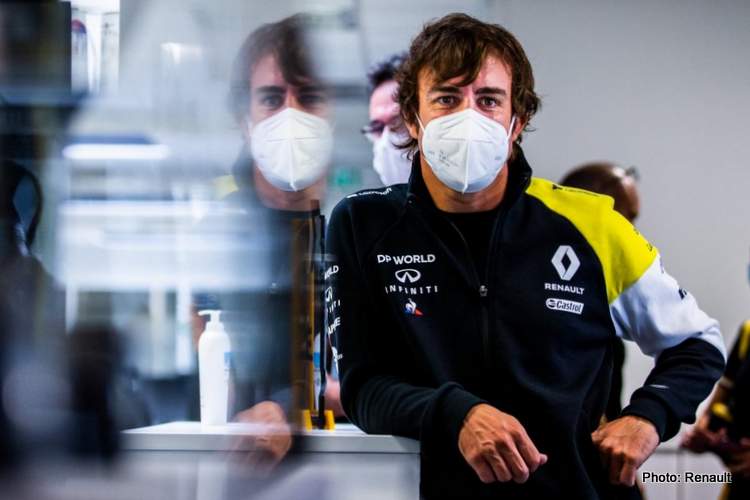 In 2007 a double Formula 1 World Champion and a rookie were teamed up by Ron Dennis at McLaren, what appeared to be a match made in heaven went awry a year later it was a high-profile mess.

History has it that was how Fernando Alonso and Lewis Hamilton ‘met’ and what transpired that season would have spawned a Netflix blockbuster had it been what it is today.

That, more than a dozen years later, the pair would be regarded among the all-time greats of Formula 1 and motorsport would have been hard to imagine at the time.

While the Spaniard is admired and revered for his prowess as a race driver with wins and titles in WEC, Le Mans victories and best rookie in his first Indy 500 foray, while the Briton is considered the best of this F1 generation with the stats to prove it.

However, in F1, Alonso has 32 victories while Hamilton is targeting 91 and set to match Michael’s Schumacher’s incredible record at this weekend’s Russian Grand Prix.

In the wake of the announcement that he would be returning to the top flight with Renault (aka Alpine) next year, Fernando was asked, during an extensive by AS, why the discrepancy in the records.

He replied, “I think you have to be in the right place at the right time, and a bit of a stroke of luck.”

Which has not always been the case. After his spell at Renault, Ferrari promised much and he started that chapter with a win in his first race for the Reds at the 2010 Bahrain Grand Prix. He further enhanced his legacy with a famous win at Monza that year.

He also claimed victories in Germany, Singapore and Korea in that maiden year with the Scuderia, but a meltdown by the team in Abu DShabi resulted in Red Bull’s Sebastian Vettel stealing the crown.

Fernando recalled, “When Red Bull took four titles in a row I think it was difficult for everyone to imagine that an energy drink was going to dominate F1 four years in a row against giants like Ferrari, McLaren, Mercedes… So that was a stroke of luck and Vettel has four world championship titles.

“When I was at Renault, nobody thought that Renault was going to win two championships against Ferrari with Schumacher and McLaren with Raikkonen, but Renault got those years right and we were lucky to be there at the right time and we won two titles.

“You always need that stroke of luck to happen right time, and when Hamilton went to Mercedes that decision was met with a lot of criticism because that year they were quite bad, they were third in constructors.

“But then came the turbo and this new era of F1 and they won everything. So no one knew before this would happen, but if you drive for Mercedes today it is certain you’re going to win.”

These days Hamilton is given scant credit for ditching top team McLaren, at the end of 2012, to replace Michael Schumacher at Mercedes. He was pilloried by most of the Brit pundits who questioned the decision making behind the Britich driver’s move to the German team.

At the end of 2012 McLaren were third in the championship with 378 points and seven wins, Mercedes were fifth with 142 and a single victory. In three seasons in Silver, Schumacher’s best result was a single podium.

This did no escape Fernando, “When Hamilton changed teams, a year before the [Turbo-Hybrid era] rule change, they were not up-and-coming at all. So he made the right decision at the right time.”

As for his own legacy, Fernando summed up, “I’m a versatile driver, maybe not the best at all times and in all track conditions, but if I can retire one day with a World Karting, Endurance, Le Mans, Daytona, Formula 1, hopefully, one day a Dakar or something like that, yes, it won’t attract the same media coverage as F1 but there are also many in F1 people who know why results sometimes happen and why sometimes they don’t.”