Vasseur: We have made some obvious steps forward 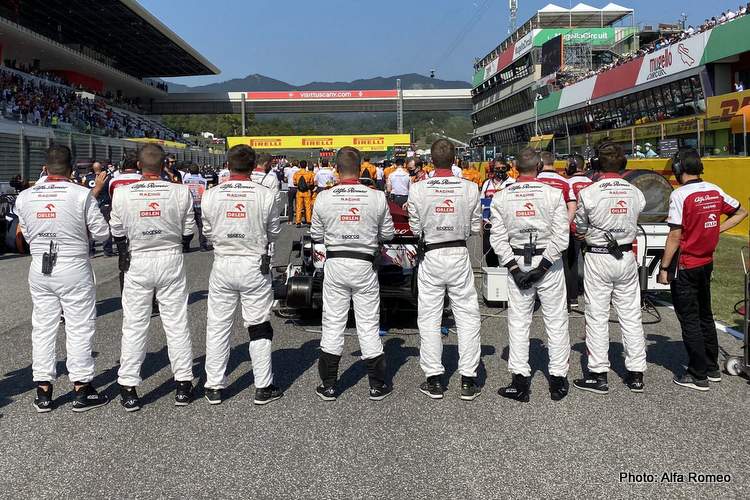 Mugello provided Alfa Romeo a glimmer of hope that the second half of this topsy turvy Formula 1 World Championship will be more favourable to them than the first stanza has been.

Like Ferrari with their castrated Power Unit, Alfa have suffered and the performances of veteran Kimi Raikkonen and Antonio Giovinazzi have not been what was expected, the team toiling on the wrong side of the grid.

But, heading to Sochi for the Russian Grand Prix weekend, team boss Frédéric Vasseur is upbeat, “We head to Russia with the very welcome confidence boost of our recent result in Mugello.

“It’s not just the two points giving us morale, but the knowledge of having claimed them with a car that was badly damaged. We have made some obvious steps forward recently, as displayed in the last triple header, and now we have to build on those gains to keep challenging the other teams in the midfield.

“Executing a clean race weekend will now be crucial to maximise our potential, but we can be positive looking forward to Sochi,” added Vasseur.

Raikkonen sees it the same way, “Having made it to Q2 in the last few races, we have seen we can keep up with the cars around there and fight for a place in the points so that has to be the target for this weekend as well.”

Alfa Romeo lie fourth in the championship on four points, after nine rounds in the constructors’ championship.