Gasly: Now we have to make sure we keep out of trouble 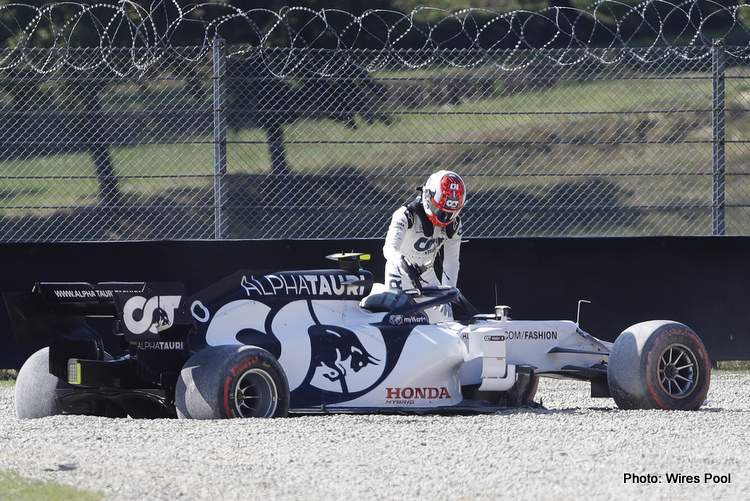 A week after famously claiming his first Formula 1 win at the Italian Grand Prix, Pierre Gasly was brought down to earth with a swift thud as his very next race ended in Turn 2 at Mugello – crueller it does not get!

On a high, and triggering a frenzy of calls for his return to Red Bull, after the miracle at Monza, the sight of Gasly’s Alpha Tauri beached in the Luco kitty litter of Luco after being tapped into it by the frenzied midpack was the kind of stuff you cannot script.

The flash from hero-to-zero did not escape the 24-year-old either, “After the win in Monza, Mugello showed what can happen in sport. I was confident I could move up some places in the race, but unfortunately, the grand prix lasted all of one corner for me.

“A shame, as given how the race went, there would have been opportunities to do something good. But that’s racing.”

Sochi provides the French driver with a chance of redemption not only for his misfortune but also an opportunity to score a strong result at a venue which has not been kind to him in his previous two visits with a DNF in his debut as a Toro Rosso driver in 2018 and a year later he was 14th as a Red Bull driver.

Looking ahead to the Russian Grand Prix weekend, Pierre said, “Now we can look ahead to Sochi and I have to say it was nice to have a weekend without a race because the schedule is pretty intense. It’s also important for the mechanics and engineers in the team to get a break.

“We can reset and come back to Sochi in top form. It’s a completely different track to the last few we have raced on. It is much slower than Monza and Mugello.

Alpha Tauri have been one of the standout packages of the season, with Gasly in particular extracting the most from the AT01, “We will have to wait and see how we go, but I’d say we are working in the right direction with the car. We have learned a lot about setting it up to get all the performance out of it.

“We are pretty consistent now in performance terms and we have shown weekend after weekend that we are constantly improving. We have a better understanding of how the car works and the updates we introduced seem to work well.

“Now we have to make sure we keep out of trouble, as we have seen there is a lot going on in the races at the moment. We want to continue this upward trend: in Spa and Monza our performance was good, and even in Mugello right up to qualifying.

“Where we are in the midfield is incredibly close between several teams. We are in a group separated within three-tenths of a second, so it will be important for us to do everything perfectly if we want to fight with the cars directly ahead of us.”

Of course that most popular victory at the Temple of Speed, earlier this month, is still blitzing through the system, “Even now, a few weeks on from Monza, I have had a bit more time to savour and enjoy what happened, as it was such a rush from there to Mugello.

“It’s cool and of course, it was a very strong moment that came as a result of so much work from everyone. I think it has given everyone a real boost; not just the race team but also everyone behind the scenes.

“Now, we have to try and continue with a run of strong performances that we have seen since the start of the season<” added Gasly who lies 10th in the championship after nine rounds.