Szafnauer: Vettel will raise the team to a different level 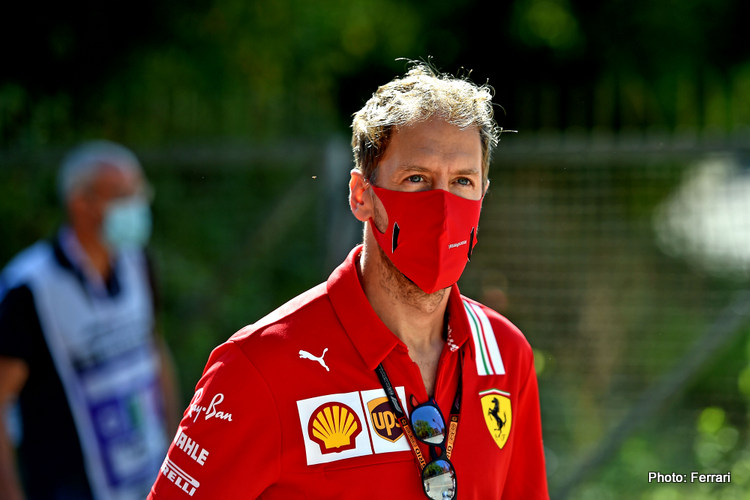 The signing of four-time Formula 1 driver’s champion Sebastian Vettel for 2021 will be a massive boost to Racing Point, says team CEO Otmar Szafnauer.

Rebranding as Aston Martin’s works team next season, the Silverstone outfit were already set to make a significant step forward, but Szafnauer suggests the inclusion of a driver of Vettel’s calibre improves them even further.

“He will raise the team to a different level and I’m sure it will be 1000 little things that he will help us improve that can then take us to a new level,” he told the official F1 website.

“I think he’ll bring with him a World Champion work ethic and that’s what we all want to learn from.

“Everyone’s going to have to raise their game and he will be a great mentor for Lance [Stroll] too. He’s still relatively young and very fast, and it’s great for Lance to learn from a four-time world champion.”

Unable to agree terms with Ferrari on a contract extension, Vettel is being replaced at the Scuderia by Carlos Sainz in 2021, bringing to an end a six-year run that saw team and driver push for several championships, but ultimately come up short.

In the weeks after the news broke, it seemed Vettel’s options to find a competitive car for next season were limited, but Racing Point made room by activating an early-termination clause in incumbent Sergio Perez’s contract.

Earning five podiums in his seven years with the team, Perez has been a solid performer on-track, as well as providing significant financial backing off of it, and Szafnauer admits he is sorry to see him go.

“It will be tough [to say goodbye]. Checo is a good guy and a great racer who served us well over the years. He’s great on a Sunday and he’s got quicker with his one-lap pace on Saturday. He was always reliable too.

“He’s a true professional and we look forward to the remaining races with Checo. We hope he can go out on a high and hopefully race against him in the future. But when a four-time world champion like Sebastian becomes available, that doesn’t happen every day or every year, and we had to consider our options deeply.

“We have aspirations to move the team forward and we’re working hard back at Silverstone to invest in all areas of the team to get the infrastructure and resources where they need to be.

“With Sebastian, I know what he will bring a massive amount to the team. It’s all the experiences gained in winning four world championships and 53 races – and we want to learn from that.”