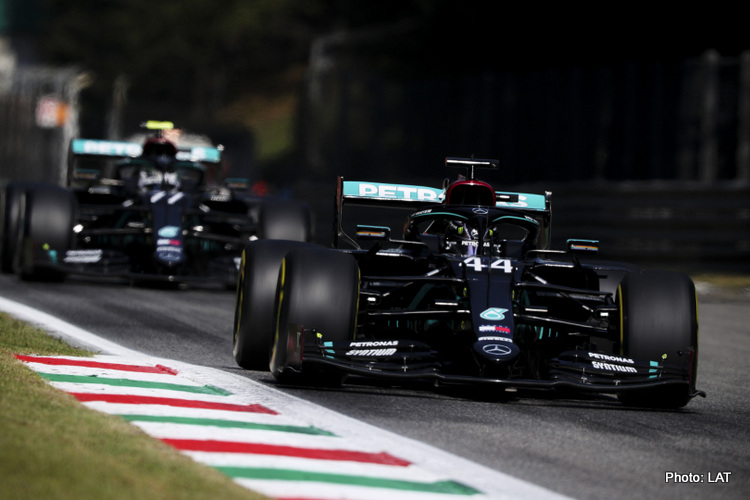 Netflix’s Drive to Survive will be following Mercedes this weekend in Sochi, as Lewis Hamilton bids for a record-equalling 91st career victory.

Filming for the third season of the popular show, producers Box to Box Films have been granted inside access to the six-time defending Formula 1 champs for one race this season, following an identical agreement at last year’s German Grand Prix.

At that race, which was a celebration of Mercedes’ 125th anniversary, the team had its worst performance of the season, with wet conditions causing havoc as Hamilton only finished ninth, while teammate Valtteri Bottas did not finish at all.

Obviously the team will be hoping for a vastly different result this time around, and certainly they have history in their favour, having won all six Russian GPs since the race started in 2014.

That said, Hamilton, who won the 2014, 2015, 2018 and 2019 events in Sochi, has also had some difficult races at the circuit, and likely would have one less victory were Bottas not instructed to move-over for him at the 2018 edition.

In any case, a win here would mean he has equalled Schumacher’s milestone in 260 grands prix. The German, who raced for Jordan, Benetton, Ferrari and Mercedes, earned his 91st victory in his 248th race.