Binotto: The competition is much stronger 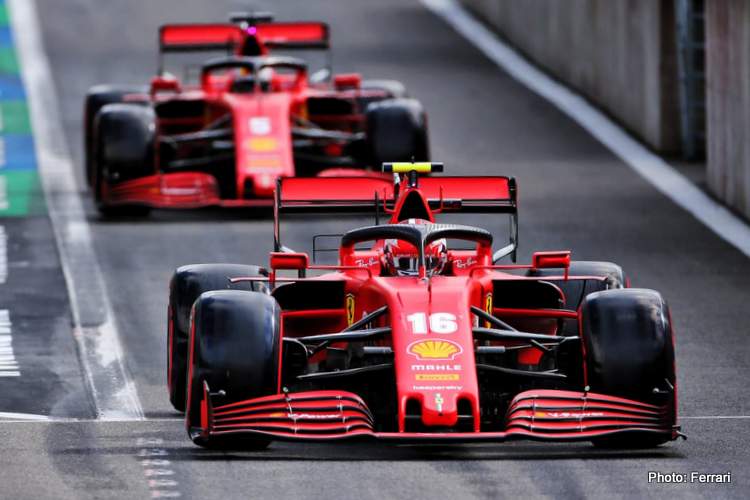 Ferrari chief Mattia Binotto attributes the fall and the struggle to rise of Ferrari on his increased competition from rival teams on the grid, in other words while the others get better the Reds have not.

Now that the chips are down with the current engine Formula 1 as mature as it can get, it is fitting to gauge the current Power Unit stakes and ascertain who lies wear in the power stakes almost a decade into the hybrid turbo technology that prevails.

Mercedes are well ahead, having mastered the new formula from the outset and the rest are playing catch-up ever since. On the evidence of Spa-Francorchamps, Monza and Mugello – where Ferrari’s shortcomings were alarmingly revealed – they have a long journey of rebuilding ahead while Mercedes are set to make it 14 titles in seven years!

The Brixworth-built PU package is the business, especially when bolted the the cars of Lewis Hamilton and Valtteri Bottas, behind them are Honda and Renault who seem to be on par with their PUs while Ferrari lag behind with their offering.

During an interview with David Coulthard, Binotto acknowledged the situation, “It is, of course, a very difficult period, but I think everyone at Ferrari still believes in F1 and it is very good to see that we are working so well together in this difficult year

“Ferrari has always been part of F1 and in the future Ferrari will be part of the sport for a long time to come. I think there is a lot more competition now. We have enormously strong opponents, so the level of organisation and development is much higher.”

“You used to have a very complicated challenge with the car and that’s no different now. The big difference is actually that the competition is much stronger and that everything is much closer together.

“It takes time to really be stronger. It took Ferrari six years with Schumacher to do that and Red Bull Racing and Mercedes also needed time to become dominant,” added the Ferrari boss.

Which suggests Binotto has a few more years to implement his vision for the world’s most famous team, but at the same time fails to answer how the Ferrari SF1000 is as bad, if not worse than their Ferrari powered customer teams Haas and Alfa Romeo.

The reality of the F1 competition, which in his own words only “is much stronger” is that while Ferrari seek to dig themselves out of a deep hole, their rivals will not be standing still. Furthermore, what if their next contraption is worse than the SF1000?

There is no guarantee that the crew that built the current car will ‘see the light’ and produce a Merc-beater. Remember, it’s happened before in F1 (more than once) that a “shitbox” of a car is followed by an even worse one. Ask Williams and Paddy Lowe.