Villeneuve: Ferrari could have been the Mercedes of today 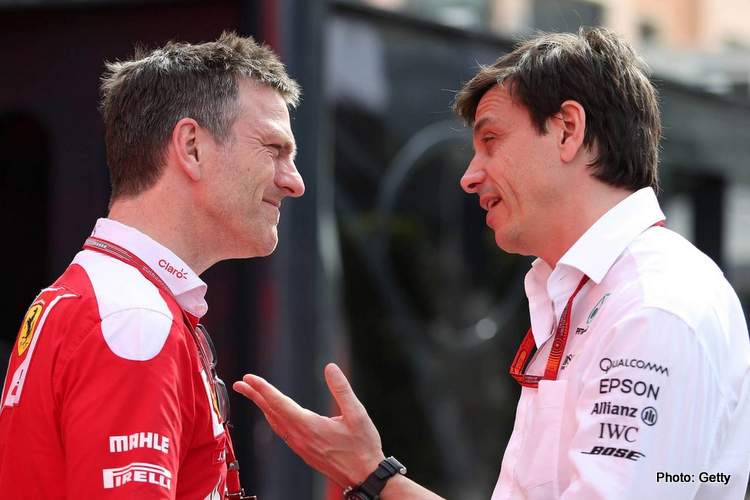 Typically Jacques Villeneuve pulls no punches as he weighs on the great debate as Italy tries to come to terms with the rapid demise this season of their beloved Ferrari team.

Clearly Sky Italia hire the former Formula 1 World Champion and Indycar Champ for calling it as he sees it, without the rose-tinted glasses that English-language media are forced to wear to curry favour and not tread on the wrong toes in the paddock.

While the likes of McLaren boss Zak Brown and his team see the 2022 rules and related budget controls, that will come about, is set to level the F1 playing field, providing winning opportunities again.

But Villeneuve is not so sure Ferrari will be able to capitalise on the sport’s new dawn.

During an interview with Sky Italia and reported by La Stampa, Jacques was asked if the big rule changes will lift the Scuderia, he replied, “No, because the changes concern the chassis and aerodynamics, not the engine, so Mercedes will be able to carry over the advantage they already have.”

But at the same time, like most of the F1 world, he agrees that the slump the sport’s greatest team finds itself in is not only bad for egos in Italy but also for the sport, “Yes, very much so, because the problem is not the fact that they are not winning but that they are so far behind technically.”

“Ferrari could have been the Mercedes of today, but they let go of so many talented engineers, most of all because they were not Italian. And they all ended up there, on the other side,” pointed out the Canadian.

Among the “many” were the likes of Aldo Costa and James Allison; the former part of Bob Bell’s team that hands-on produced the Mercedes F1 cars that cleaned up from 2014 to 2018. While Allison was allowed to depart Maranello in 2016 and, not long after, he ended up technical boss at Brackley where he remains.

Not for the first time, Jacques also questioned the ‘Made in Italy by Italians‘ dream at Maranello, “They want to make Ferrari a true Italian team but I don’t think this is a precondition for success in modern F1.

“The team is facing extremely difficult times and it will take a lot for them to rise again. Maybe it will take at least two years. The most important thing is to get the best people on the team, regardless of their costs,” he insisted.

As for the end of Mercedes reign in F1, Jacques was not too optimistic, “As long as F1 remains a hybrid formula, it will be almost impossible for competitors to get close to Mercedes. Not only do they have the best car and, in Lewis Hamilton, they also have the best driver.”