Ocon: I am getting closer to Ricciardo 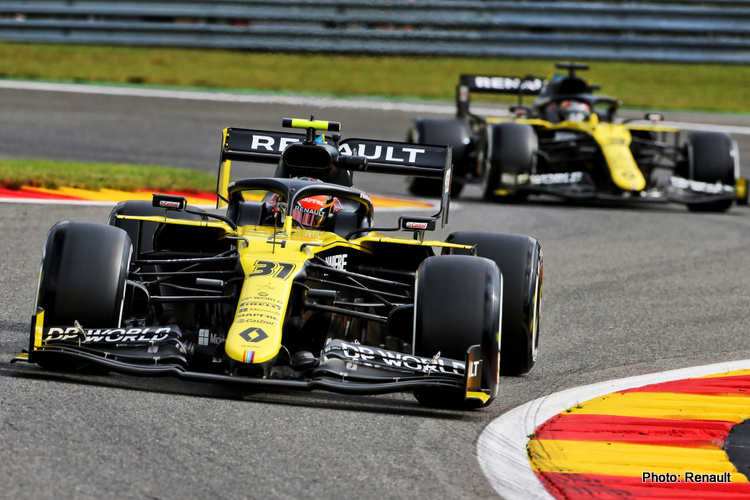 Esteban Ocon says he is gaining ground on Renault teammate Daniel Ricciardo in their qualifying battle, despite being yet to outqualify him in dry conditions so far this season.

Back in Formula 1 this year after a season on the sidelines, Ocon has been generally held in high regard by onlookers, but trails the Australian 8-1 on Saturdays so far in 2020, his only win coming in the rain-drenched qualifying for the Styrian Grand Prix.

However after an encouraging showing last time out in Mugello – where he was 0.054 seconds off Ricciardo in Q2 before failing to set a lap in Q3 with a late spin – Ocon feels he is starting to make headway.

“It has been quite close in some events. A bit less close at some others where we faced issues with the car and how comfortable I felt in it,” he told Motorsport Week.

“It is true that is been difficult a bit this season in some respects.

“[At Mugello] it was not the case. I felt very comfortable behind the wheel. We were matching the whole qualifying and it was going to be up to that last Q3 run.”

A three-time pole sitter, Ricciardo is certainly no easy beat in qualifying, but Ocon suggests some of his struggles have been caused by issues with his car that he is only starting to get on top of.

“It is definitely in terms of set-up and the choices we have made, and just for understanding what we needed from the car. That is definitely what we struggled on.

“There were also a few times where I was losing a lot of straight-line speed, so that lasted two or three runs, which made us lose time. We had long discussions and what we should do to improve that.

“[At Mugello] it has paid off because the performance was good. I’m very satisfied with the weekend.

“I think in terms of pace against Daniel I think we were matching all the way through the weekend in practice and in qualifying. So this is what I am going to look for in the future events.”