Gasly: The ambition of AlphaTauri is to match Red Bull 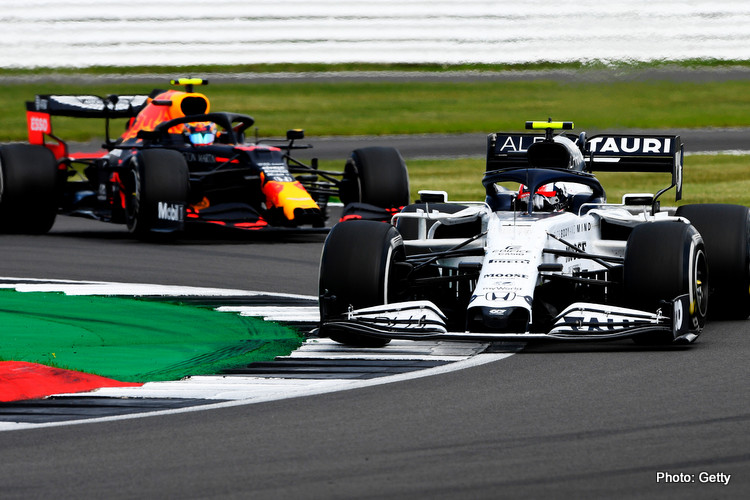 AlphaTauri’s Pierre Gasly thinks he could accomplish his career goals at the Red Bull ‘junior’ team, should its ambitions of matching the ‘senior’ team come to fruition.

A Formula 1 race winner after his victory at the Italian Grand Prix, speculation has ramped-up Gasly could be on his way back to Red Bull next season to replace Alexander Albon, who has largely struggled since taking over for the Frenchman at the 2019 Belgian Grand Prix.

In response, Red Bull’s Helmut Marko played down the possibility of another swap, and Gasly suggests it might not be necessary given where the Faenza-based team is heading.

“There’s a clear will and a lot of ambitions coming from AlphaTauri,” he explained to Autosport. “I think it’s a different situation to Toro Rosso/Red Bull, and how it was before.”

To Gasly’s point, AlphaTauri will be moving next year from its own, 50%-size wind tunnel in Bicester to Red Bull’s 60%-size tunnel in Bedford, which is part of a stated shift of his outfit from a “junior” to a “sister” team of the four-time world champions.

“I think the project is exciting. As I said at the moment, the Red Bull team is clearly the top team of the two, but I think that the ambition of AlphaTauri is to, at some point, match their performances.

“And this means we also need the resources and to have bigger facilities to have this sort of thing.”

Currently using a chassis largely ‘borrowed’ from Red Bull’s 2019 RB15, AlphaTauri will have to branch out on their own if they wish to make their own charge up the constructor’s standings, something Gasly indicates the whole team is on board with.

“I think that’s the target of the factory really – in making their own status and position in Formula 1.

“I think it’s clear that they have big ambitions. It’s not a one-year project and we know how long it takes for a team to really build its identity and also its status as a top team.

“So it’s something that is probably going to take some time, but I think it’s not really a sister team as much as it could have been in the past. It’s more trying to make their own space inside F1.”