Domenicali: Binotto must be given time and space 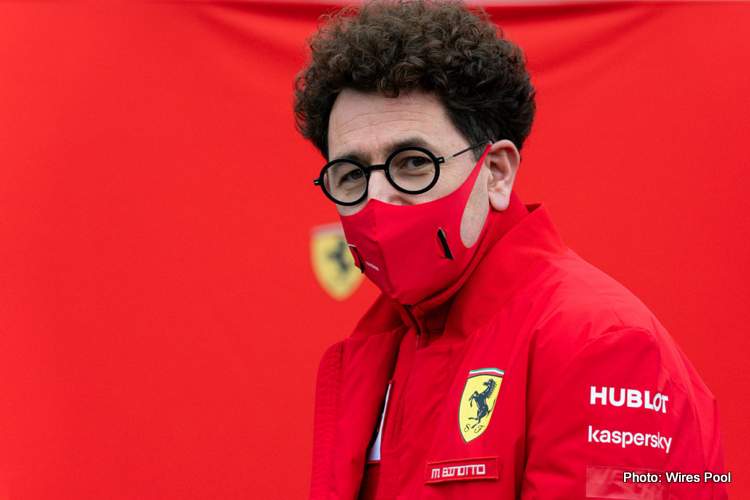 Former Ferrari team principal Stefano Domenicali would be forgiven proferring some advice to Mattia Binotto who leads a Scuderia in disarray, coinciding with one of their worst periods in Formula 1.

But Domenicali refuses to comment as a sign of respect for Binotto, who he believes needs to be given time to realise his vision for the future of the legendary Italian team.

Being Ferrari F1 boss is arguably one of the most high-profile and pressured jobs in sport, some in Italy say it is tougher than being prime minister!

Of that reputation, Domenicali said with a laugh, “I don’t know if that’s really the case. But let me put it this way: I can assure you from my own experience that a Ferrari team boss is under a lot of pressure and that it is very intense.

“You can imagine hearing everyone’s opinion after a race on Monday morning because everyone knows better than you. If you win that is normal, if you finish second it is a disaster. There is little nuance in between.

“But that’s part of the deal, you know that. As a Ferrari team boss, you have to be strong and react appropriately every time,” added the 55-year-old Italian in an interview with Formule1.

Increasingly Binotto’s abilities as team principal are being judged by the performances of his team which, as is well reported, is almost at an all-time low.

But despite the shortcomings, Domenicali appears to have faith in the engineer-turned-team-boss, “We know each other very well, as you can imagine because Mattia worked with me.

“As a sign of respect, I don’t interfere at all with his decisions or with the team. I will not comment on that, because I think it is wrong. Only hard work and patience will help, I see no alternative to Binotto and his team.”

“He must be given the time and space to carry out his plans. And because I’ve been in his shoes, I don’t want to intervene in any way. He already has such great responsibility, must and can independently make the decisions that he thinks are good for the team.

“Because only the people who work with the team on a daily basis know exactly what is going on. Therefore, it is wrong for any outsider to get involved. I have never done that after my departure from Ferrari, a matter of respect,” repeated Domenicali, now CEO of Lamborghini.