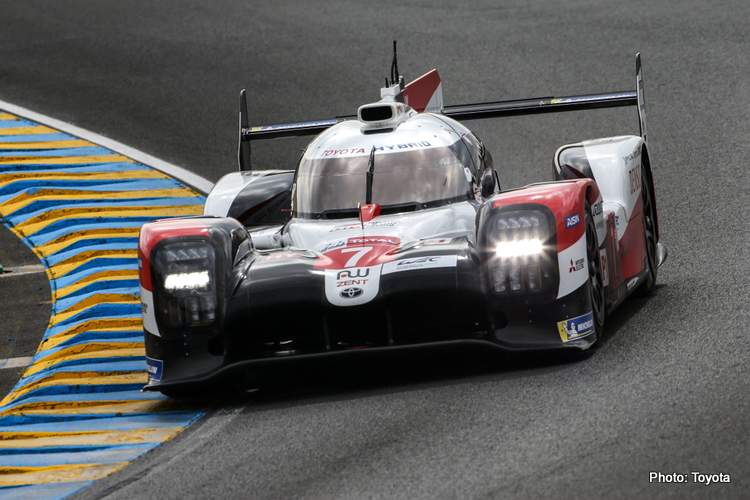 Toyota Gazoo Racing have dominated the 88th edition of the Le Mans 24 Hours and are expected to win the race, thus the big question is which of their two cars will do the business at Circuit de la Sarthe.

The #7 car of Mike Conway, Kamui Kobayashi and José María López started from pole position when their Japanese driver topped Hyperpole on Friday; and Conway set the pace from the rolling start to lead the early stages of the race. The trio seeking their first victory at the legendary race.

The #8 car with Brendon Hartley replacing Fernando Alonso, teaming up with Sébastien Buemi and Kazuki Nakajima – the pair looking to make it a hat-trick of victories.

Here are live feeds from the cockpit of both cars on track during the race that ends on Sunday at !4:30 local time.