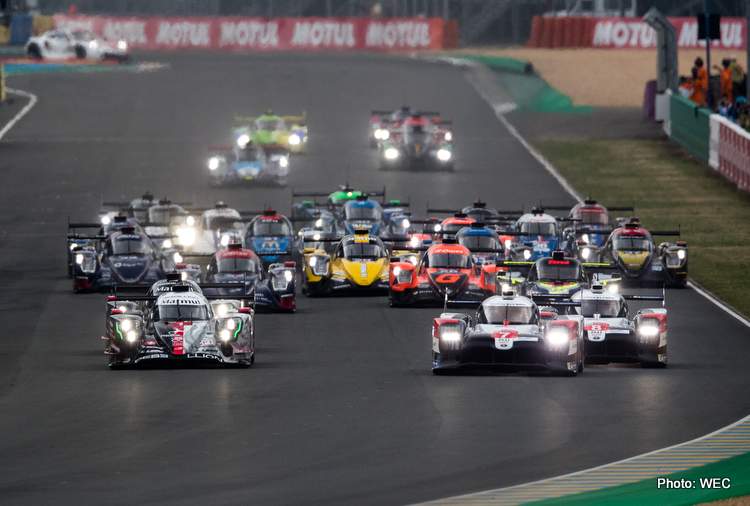 Toyota No. 7 led the field from pole position after a long pace lap and stayed ahead for the first hour of the 88th running of the 24 Hours of Le Mans, round 7 of FIA WEC Season 8.

Bruno Senna kept the second place in the Rebellion after fending off a feisty attack from Toyota’s Sebastien Buemi.

Here is the overview after the first hour of track action at Circuit de la Sarthe: