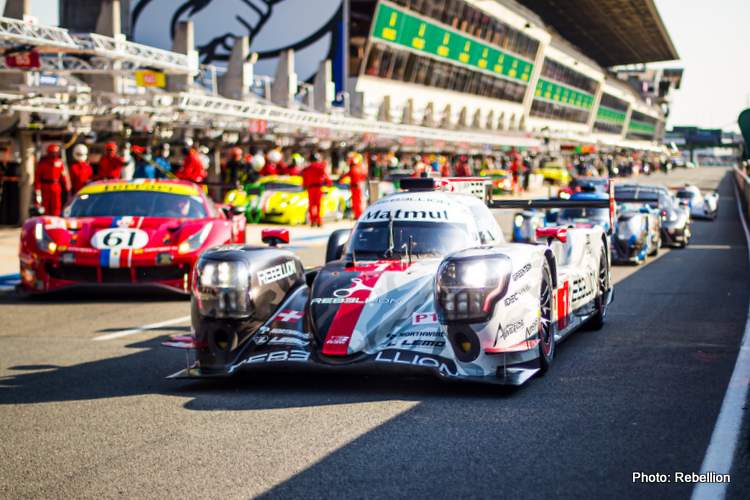 Postponing the 88th 24 Hours of Le Mans to September due to the international health crisis has required changes to the normal programme.

Different weather conditions and lighting will cause teams to adapt their race strategy and preparation.

Delaying the 2020 24 Hours of Le Mans until September has required changes to the race’s traditional programme. Test Day was cancelled, denying drivers and teams the opportunity to get to know the track and carry out their first set-ups for the race.

Race week was shortened, calling for a quicker pace including two consecutive days of longer free practice sessions so competitors could conduct tests and proceed with necessary set-ups. The normal “easy” day of Friday included a free practice and the Hyperpole.

The earlier start of the race will be given at 14:30 instead of 15:00 in order to provide more daytime racing, so teams have had to adjust their prep planning with less time than normal between the end of the warm-up and the start, effectively increasing the stress factor and reducing downtime!

While June days are the longest of the year, the postponement of the race to 19-20 September will have one significant consequence: a long night. With 11 hours 44 minutes of nighttime instead of June’s 08 hours 02 minutes, half of the race will be at night.

Drivers will have to adapt their driving to very low lighting and try not to commit any errors, particularly when traffic is considerable and when overtaking.

On the technical side, night temps facilitate the combustion of the engines’ fuel which significantly increases their performance. These two factors could pave the way for more intense stints with faster lap times.

Blinding light at sunset and sunrise

Sunset and sunrise are disruptive moments for drivers on the track. In certain sections of the circuit, particularly Arnage, sun rays can hit windshields in such a way it can seriously impair a driver’s ability to see. The inexperienced will need to be extra vigilant not to react poorly or even leave the track.

Cooler temps at night are better for preserving tyres and providing grip for longer periods. Nonetheless, in LMGTE, triple and quadruple stints (which in these conditions would be feasible) are not allowed.

Also, there is another element each team must take into account in its race strategy and more generally in pit stop management: the ban on refuellings at the same time as tyre changes.

Pascal Zurlinden, Porsche Director GT Factory Motorsports: “The modified regulations no longer allow for simultaneous refuellings and tyre changes, and each tyre change costs extra time. We will definitely see more double stints. That’s why we need to make sure our pit stops are as short as possible.”

As temperatures in June and September are similar, the teams must try to anticipate rain. Thanks to rigorous weather monitoring, teams are able to adapt their strategy in real-time and make the necessary pit stops for tyre changes in order to continue the race with optimal grip conditions on a wet track.