Horner: Huge frustration for Max because he is hungry 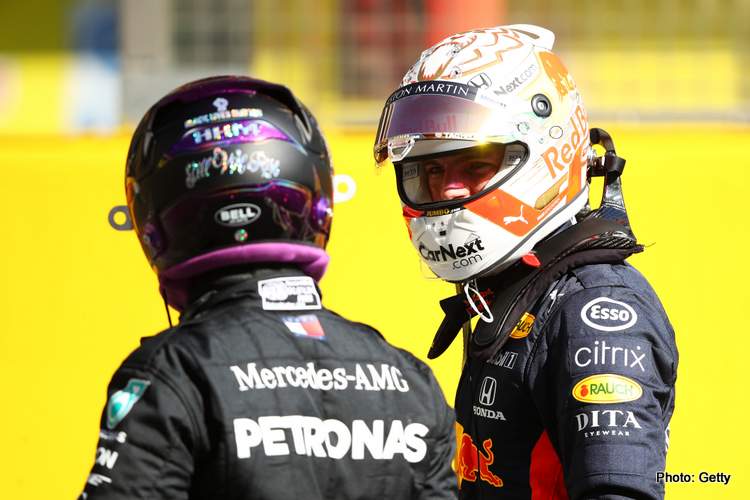 Max Verstappen is itching at the bit to get a decent piece of kit to take the fight to the mighty Mercedes – Lewis Hamilton in particular – the only problem is that his Red Bull team are second him into a gunfight with a knife while his team boss Christian Horner urges their star to deal with it.

The Honda-powered package has been out of sorts, two DNFs in a row are cause for concern and all indications are that Max is running out of patience which his Red Bull team boss is well aware of the situation.

In his post-Mugello column, Christian Horner acknowledged, “Max’s frustration at another DNF is totally understandable. From the very first lap in Mugello he was on it. We had a very fast car and some real progress has been made with the balance of the car.

“That is what was so galling for him. In the heat of the moment when you have gone from the adrenaline of the start to the disappointment of ending up in the gravel trap, it is only natural to vent on the radio.

“We really felt that in the race we could take the fight to Mercedes. He had done the hard work in beating Lewis off the line and it was going to be game on but of course, that did not materialise.

“It was the second race in a row and a huge frustration for him because he is hungry and wants it so badly. If he did not have that hunger, he would not be the driver he is and the one that we all want to watch a fight for victories each weekend.

“He has to get it out of his system now and then look forward. We will go through it with him prior to Sochi and discuss what has been done behind the scenes between Honda and the Team to help so it is rectified for the next race,” added the Red Bull team boss.

Verstappen was vexed after his very short race at Mugello, and explained the root of the problem that adversely affected his Tuscan Grand Prix, “I was just idling. I had an anti-stall on the formation lap as well. Just idling, I don’t know what happened.

“I had a good launch so I went around Lewis and I had a better launch than Valtteri, but once I went flat out the engine just had a similar problem, I guess, to what we had in Monza – there was no power there.

Thereafter the #33 car was swamped by the crowded and frenetic midfield, as the field swarmed out of Turn 1 it was pointed into the sand where the race ended for its occupant, putting paid to what might have been a victory had the stars aligned for him on the day. They did not.

“Could have, should have, would have – I don’t really care. It is what it is, I am really not happy at the moment but, can’t change it,” added the Dutchman who remains third in the championship standings, trailing Lewis Hamilton by 80-points and Valtteri Bottas by 25-points with eight rounds remaining.