Future of WEC mapped out by FIA and ACO-IMSA 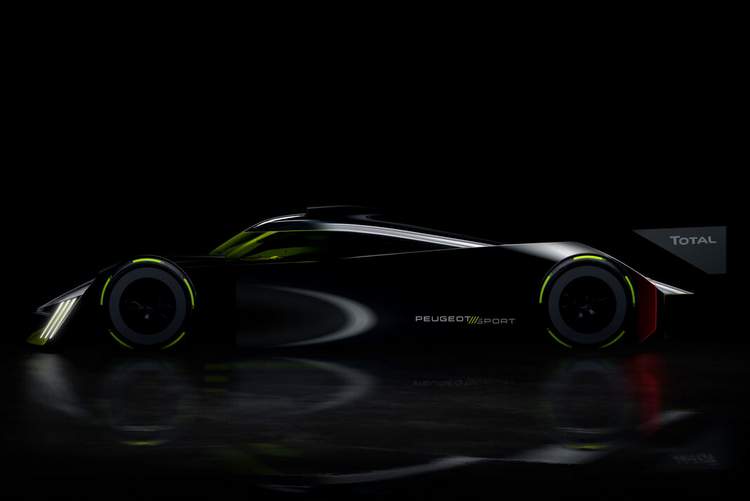 There were several important announcements at today’s Automobile Club de l’Ouest press conference, including the name of the new top class, LMDh regulations, the 2021 FIA WEC calendar, MissionH24 and the 2020 Spirit of Le Mans award.

The traditional Automobile Club de l’Ouest pre-race press conference, which aired today, provided several pointers as to the future of the 24 Hours of Le Mans and endurance racing.

Peugeot’s return to the discipline in LMH was warmly welcomed, as was Alpine’s non-hybrid LMP1 entry in 2021, a rival for the Toyota Hypercar.

Pierre Fillon announced the name of the top class in Endurance for machines that will compete in the FIA World Endurance Championship and at the 24 Hours of Le Mans: Hypercar.

The first LMDh entries will be fielded in 2022. Several manufacturers have already expressed interest to IMSA.

MissionH24, the programme initiated by the ACO and GreenGT welcomes new partners convinced of the virtues of hydrogen in zero-carbon transport, Richard Mille and French automotive supplier Plastic Omnium, which is to provide the fuel tanks for the 2024 hydrogen category.

The conference also provided the opportunity to unveil the new H24Racing hydrogen-electric prototype. The new machine, the H24, is some 150 kg lighter than the LMPH2G, with improved aerodynamics. Team test driver Norman Nato believes the changes will make all the difference to racing performance.

The 2021 FIA World Endurance Championship provisional calendar was also announced,  aimed at offering the WEC’s manufacturers, teams and partners intercontinental visibility in key regions around the world, while at the same time fully recognising the global economic crisis as a result of the COVID-19 pandemic.

Six races in world-class venues across North America, Europe, Asia and the Middle East, including the 24 Hours of Le Mans, are on the 2021 calendar and all events will take place in one calendar year. The races will vary in length between 6 and 24 hours.

It should be understood that this calendar is subject to further change according to the evolution of the current health crisis, or contingent to the calendars of other FIA World Championships. 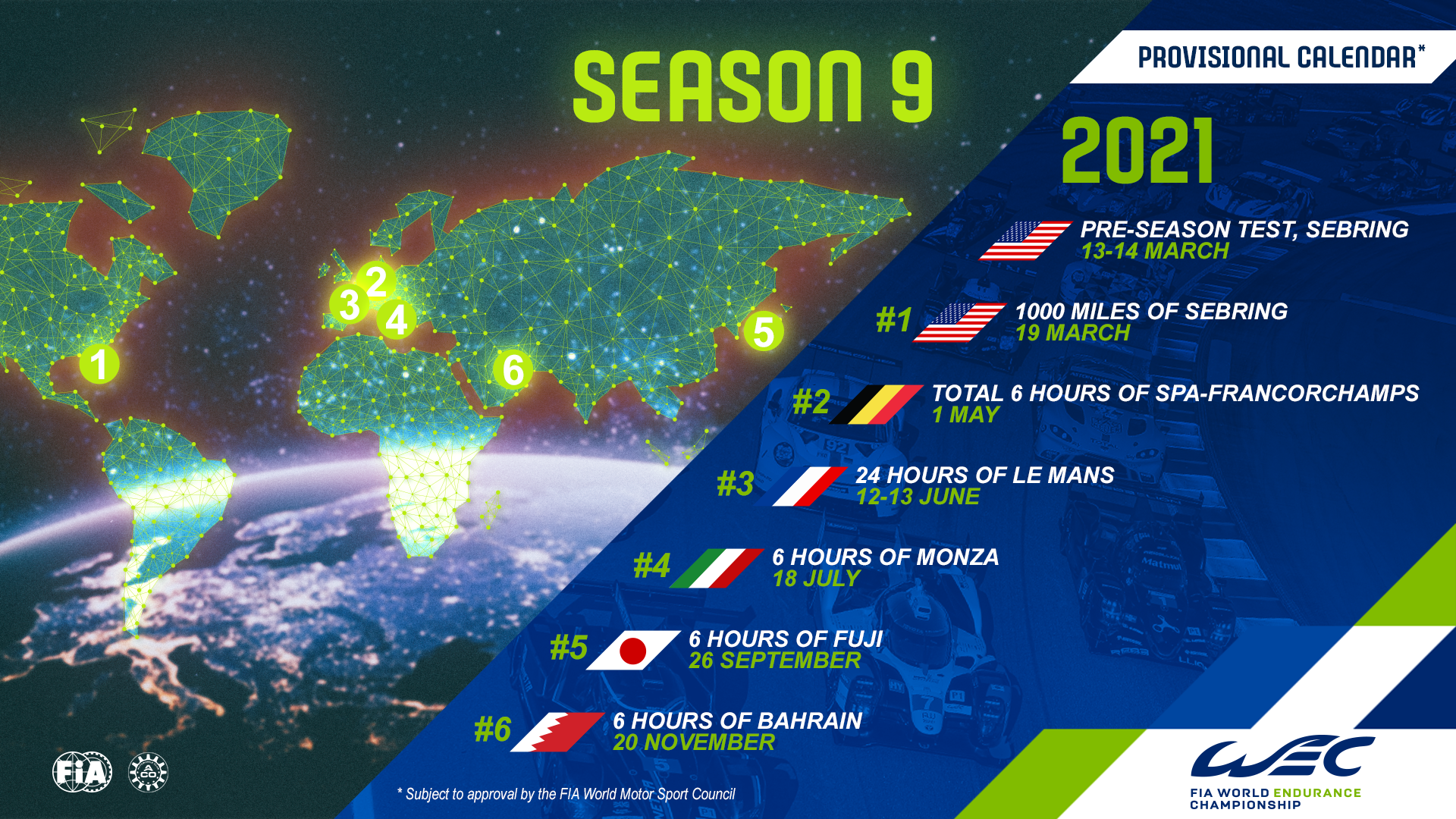 As well as the cornerstone of the FIA WEC, the 24 Hours of Le Mans, now back in its traditional June slot, the calendar features popular and iconic tracks such as Sebring, Spa, Fuji and Bahrain.

These well-established WEC venues will be complemented in 2021 by the addition of the Italian temple of speed, Autodromo Nationale Monza, which will play host to a round of the world championship on 18th July 2021.

The FIA WEC 2021 calendar has been presented to the FIA Endurance Commission, presided over by Richard Mille, and will be submitted to the FIA World Motor Sport Council for approval in December 2020.

Pierre Fillon, President of the Automobile Club de l’Ouest (ACO) commented: “Six events make up the 2021 season of the FIA World Endurance Championship. To welcome our new top category in endurance racing we needed a calendar that sets the tempo and benchmarks for these new machines.

“Despite the current difficult circumstances, which may bring with them certain consequences for our championship events and certain economic constraints, it is clear that this ninth season of the FIA World Endurance Championship is more than promising, both for its competitors and for the circuits involved.”

Richard Mille, President of the FIA Endurance Commission said: “The fact that the day before the 2020 24 Hours of Le Mans the next year’s FIA World Endurance Championship is being announced is very satisfying.

“I must admit that the promoter has done an incredible job and the six-round schedule is an optimal solution in the current economic climate. A compact calendar will be a more cost-effective exercise for the teams compared with the usual, eight- round season, at the same time retaining the iconic races across different continents that give the FIA WEC its unique character.

“Furthermore, against all odds, the championship is going forward with the addition of another exciting venue. I’m very much looking forward to next year and today’s announcement is the first indication of a successful 2021 season for FIA WEC.”

Gérard Neveu, CEO of the WEC added: “We listened to our manufacturers, teams and partners and responded with a calendar featuring fewer events than in the past to allow them all time to deal with the current economic crisis.

“We will revise this upwards again in the future, as and when the health situation and the economy allows us to do so – hopefully from 2022 onwards. The calendar also takes into account our logistical road map as it provides our teams with the most cost-effective package possible.”