Colton Herta: I’d love to give Formula 1 a crack 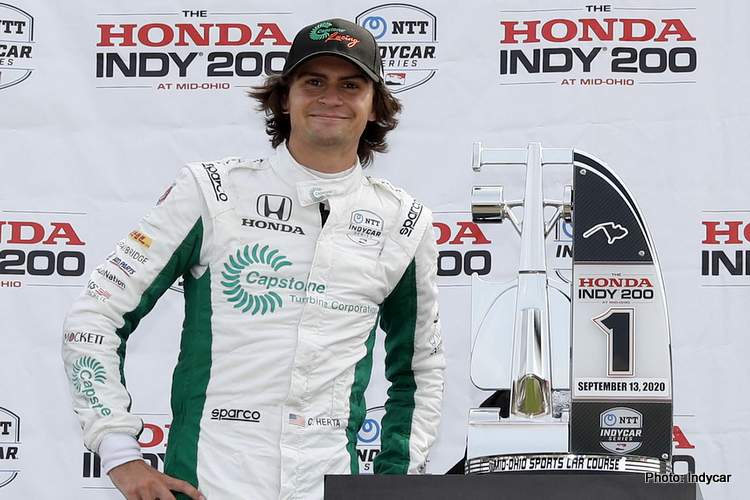 Colton Herta is one of Indycar’s fast-rising young stars and has already established himself among the elite in America’s premier single-seater series, and at 20-years of age he admits he has Formula 1 aspirations.

In only his second full season of Indycar, driving the #88 Andretti Harding Steinbrenner Autosport Honda, Herta lies fourth in the years championship with three rounds remaining and already has three wins in 28 starts on his CV which, notably, all his wins were on road courses: COTA, Laguna Seca and Mid-Ohio

“Maybe in this next year or two, if I finish good enough in the championship, it’ll get me close enough to where maybe the teams will consider me. I think it’d be awesome. I think this is one of the markets F1 lacks. It’s a huge market.

“I think you can see the TV numbers in the U.S. aren’t actually amazing for what you would think Formula 1 would get. So I think if having that U.S. driver can push the market forward and drive the market, I think it’d be very beneficial for Formula 1.

“But I’m perfectly happy driving IndyCars for the rest of my career if that’s what happens, and doing endurance races with BMW or whoever it might be in the future in IMSA.”

Meanwhile, the young star remains realistic about his future and a possible F1 campaign, “I’d love to give it a shot; I think you’d be a once in a lifetime opportunity. But if I don’t, I think I’m going to be just fine and enjoy driving IndyCars just as much as I’d enjoy being in a Formula 1 paddock.”

Many believe that Haas have missed a trick by not Americanising the team with sponsors and drivers. The outfit offers an ideal (yet unused) pipeline for U.S. talent to sample F1 while galvanizing the sport Stateside to get behind their team.

But that has inexplicably not materialised, however, there is a school of thought that suggests Gene Haas is not into the whole patriotism thing, after all, he was a guest of U.S. prisons for 16 months just over a decade ago.

However, the prospect of an American of class, such as young Colton, having a good crack at Formula 1 is long overdue, a winning driver – in a Ferrari, Mercedes, Red Bull – at the pinnacle of the sport is the only element missing in what would trigger an explosion of interest Stateside.