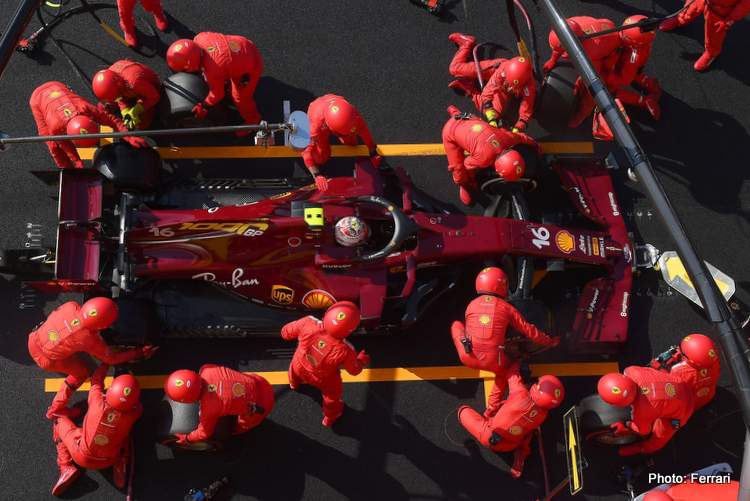 Mattia Binotto has all but thrown in the towel of surrender amid the worst season in the team’s history in terms of results and warned that Ferrari’s hopeless 2020 campaign won’t get any better, hinting that Maranello already has an eye on 2021.

Perhaps burned by the lack of effectiveness of their ‘big-updates’ for Monza the team are downsizing for the Russian Grand Prix, team chief Mattia Binotto told Motorsport Network, “There will be small upgrades, but this won’t change the big picture.

“I think we are at the moment out of pace in the race, and we are somehow wearing too much the tyres. The upgrades will not be the ones that address it. I think on our side we need to review the projects, with the view of 2021. I think it will take some more time to do it.”

To solve the problems of the feeble SF1000, cruelly exposed at Monza and Mugello, Binotto and his team appear to be busking it, “Charles and Sebastian did the best they could, given the performance level of the car. We are working hard to try and correct its basic faults.

“It’s not something that can be done in a short space of time, nor with a few updates. That doesn’t mean we won’t be bringing new solutions between now and the end of the season, but we have to be realistic with ourselves and with our fans,” warned the team boss after Ferrari flopped at their 1000th Grand Prix last weekend.

Barring an unlikely miracle, it is impossible for the Scuderia to bounce back this season as they already trail Mercedes by 259 points and lie sixth in the constructors’ standings, after nine rounds out of 17 this year.

Their woes are well chronicled; they have thrown everything [including the kitchen sink] at the wretched SF1000 for the thing only to go backwards, rendering their illustrious drivers – Charles Leclerc and Sebastian Vettel – to back of the pack oblivion and, alarmingly for Tifosi, there is no end in sight.

The crash reality for the Reds is that no upgrade they have bolted to their car has made an iota of difference; the successful lobby to ban party-modes was laughable; nothing they or the FIA can do will level the playing field simply because Maranello have produced a bathtub to go racing with in 2020, while their archrivals have delivered one of the most potent weapons ever seen in F1 – the Mercedes W11.

Not the result we wanted, but we will remember our 1000th GP weekend for the milestone achieved ❤️