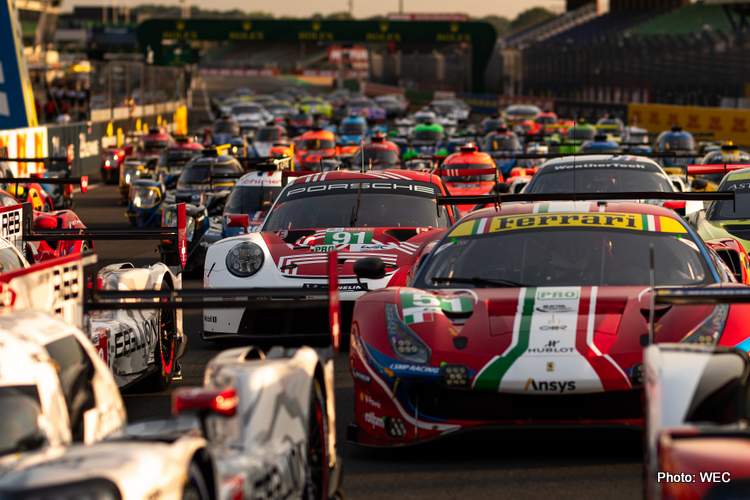 Fernando Alonso and 250,000 diehard motor racing fans haven’t made it to this weekend’s Le Mans 24 Hour race which Toyota Gazoo Racing are hot favourites to win for a third consecutive year.

The 2020 edition of the motorsport classic will be played out in the shadow of Covid-19, with the famous La Sarthe circuit’s cavernous grandstands eerily empty.

Organisers ACO had initially hoped to allow in a portion of the quarter of a million petrolheads making the annual sleep-deprived pilgrimage.

But maintaining social distancing protocol around the entire 13 kilometre track was proving too problematic, resulting in the total crowd ban for the event uprooted by the pandemic from its usual June slot for the first time since 1968.

Two-time Formula 1 world champion Alonso helped Toyota Gazoo Racing win in 2018 and 2019, but he forgoes a chance to land the treble to focus instead on his F1 return next year with Renault, competing as Alpine in 2021.

The Spaniard’s participation in the last two races – winner of both – thrust an even stronger spotlight on the fabled event as he tackled his Triple Crown of Motorsport dream and of course the Alonso wow-factor.

His seat in the team comprising Sebastien Buemi and Kazuki Nakajima has been taken by Brendon Hartley. The New Zealander won the 2017 Le Mans for Porsche.

Sharing the wheel of Toyota’s second car are Michael Conway, Kamui Koyabashi and Jose Maria Lopez. They lead the endurance championship standings by 12 points from the other Toyota with Le Mans the penultimate event of the season.

They came agonisingly close to winning last year, a puncture an hour from the finish hard to accept, even if their teammates were the main beneficiaries.

Asked if he saw this as a revenge mission for his #8 Toyota Lopez told the event’s official website: “Yes. I don’t know if it’s a question of revenge, of course everyone wants to win this race and we came so close, especially last year.

“But there are people who tried 20 times and never managed to win it. That gives you an idea of the challenge that is the 24 Hours of Le Mans.

“No matter who your adversaries or teammates are, it’s always difficult and it makes you respect the race. Naturally this year I hope we succeed because we deserve to win.”

The Japanese manufacturer with its two entries makes up two-fifths of the grid for the main LMP1 category and on Friday, Kamui Kobayashi, driving the #7 Toyota, claimed top spot start for the race on Saturday after the new Hyperpole grid decider.

Saturday’s start time has been moved forward from 1600 local time (1400GMT) to 1430, to account for the shorter days in September.