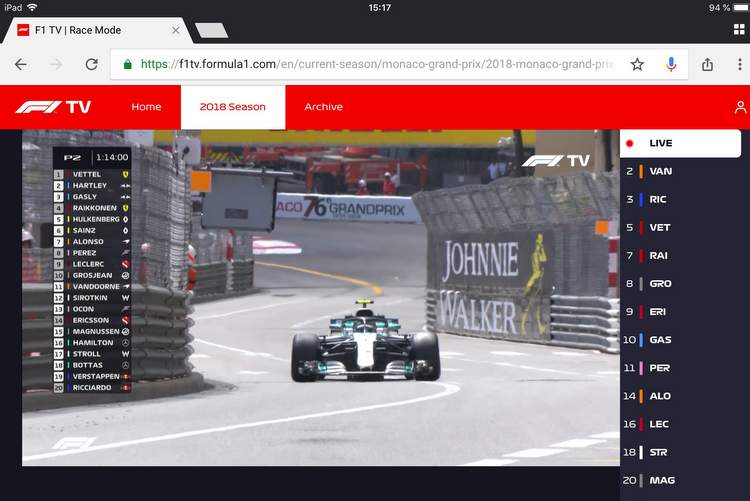 Formula 1 TV offers spectacular amounts of data on its broadcast screens. A lot of what appears is crucial but much of it is also useless.

Vital timing info is forced to share that race-long rotisserie with how many pit stops each driver has made, what their present tyre compound is and some really unnecessary nonsense like car numbers and what car it is. Really…?

Yet there’s never anything on screen about the current status of the energy flow in the various cars.

Odd that, considering that the very essence of modern F1 hinges around the cars’ hybrid ability to harvest and utilise electrical energy to their advantage.

How the teams manage that electric energy is fundamental to their success, or lack of it. And how the drivers apply their hybrid ERS is potentially the most intriguing aspect of the contemporary sport.

It’s something that should be a vital F1 TV highlight to help fans better understand the racing, but it is almost totally overlooked.

We occasionally hear F1 commentators mentioning, and yes, those flashing red lights tell us who’s harvesting electric energy. But there’s no visual clue who is using it, how and when, on the cars or on the TV screens watched live by millions of F1 fans.

Several ‘lesser’ race series make no bones about who’s using their arbitrary power boost. It’s the cornerstone of Formula E’s coverage, for example — you know exactly who has access to their extra juice, and when.

Not F1. Who knows when an F1 driver is using electric energy to his advantage? Or why? Knowing how and when each car is doing what with its hybrid energy, can substantially enhance the race fan’s experience. Never mind far better show off the very ethos of modern F1.

Yet they’d rather spoil the timing screen to tell us how many pit stops each car has made, the tyre compounds and or the car makes and numbers. D’uh! None of that has any real relevance to the actual race. Knowing what the cars’ hybrid status would however certainly add value. And it cannot be tha difficult to show.

it’s not surprising then, that so many race fans remain oblivious to the fact that today’s F1 cars even pack ERS hybrid tech. Or that drivers utilise that harvested charge as a performance advantage, at their discretion…

All of which leaves one to ponder the actual point of all that hybrid hype. It’s kept such a secret that most fans don’t even know that it’s there!