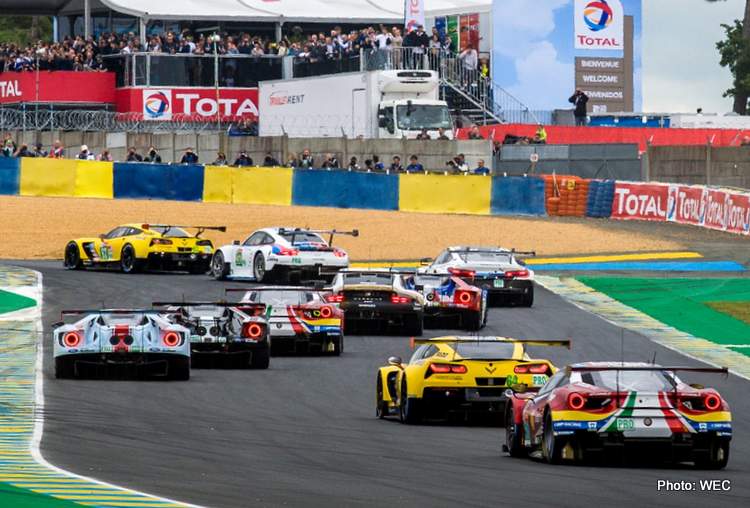 Rescheduled from June and for the first time ever taking place behind closed doors, this year’s Le Mans – round 7 of FIA WEC Season 8 – will be somewhat different without its loyal fans but there is little doubt that the racing and competition out on track will be as exhilarating as ever.

Moreover, there’s ample opportunities for fans to tune in from home by TV and via various digital and OTT platforms.

The 88th running of the 24-hour race will commence at 14h30 local time (CEST) on Saturday 19 September, with the chequered flag due to be dropped 24 hours later on Sunday 20 September.

In France, free-to-air broadcaster France 3 will air more than half of the race live on its TV channel including the start, finish and throughout the night until 11h45 CEST on Sunday morning.  There will be a one hour break on France 3 before the live broadcast resumes for the final two hours of race action, which ends at 14h30 CEST on Sunday. 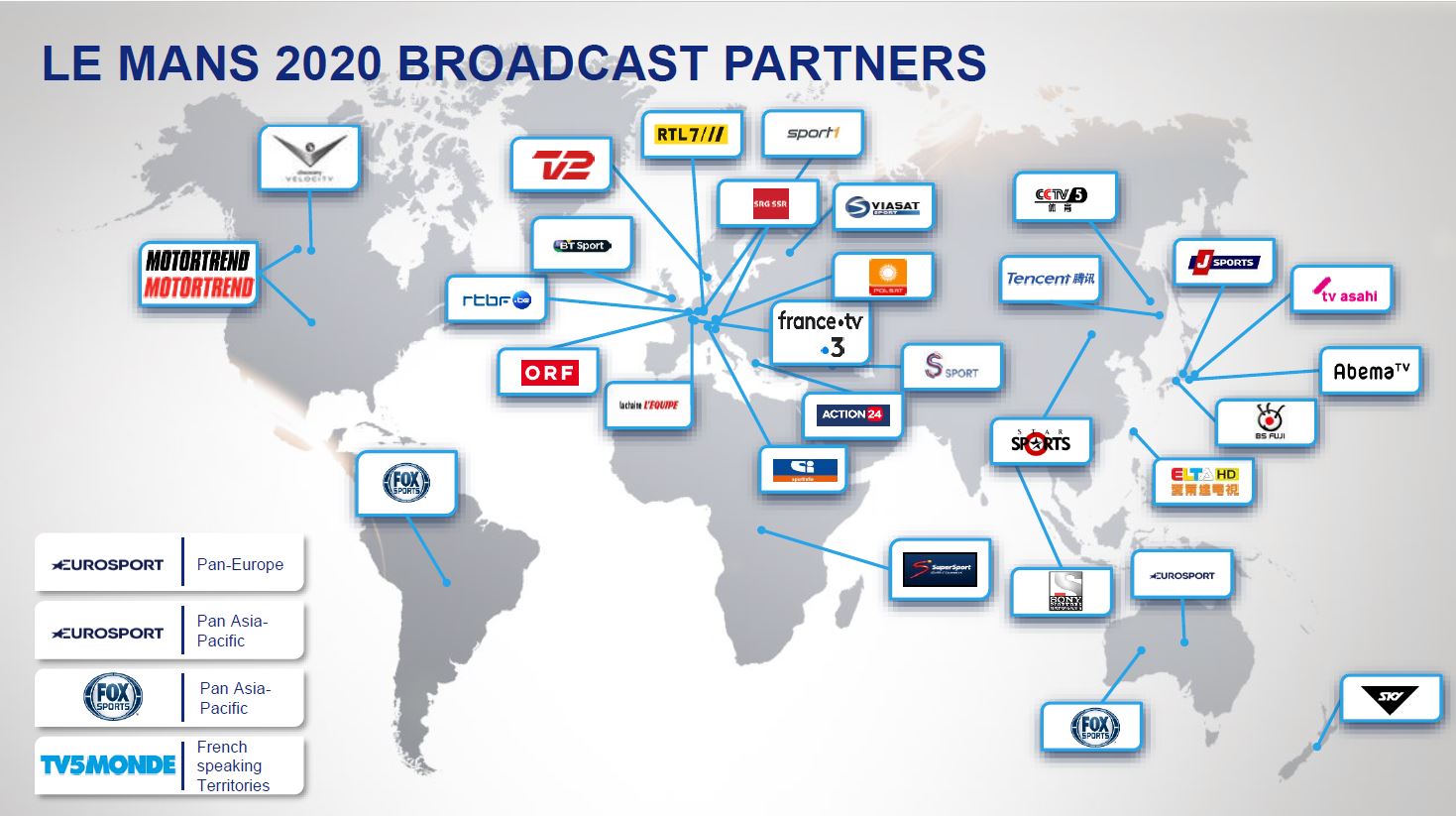 Eurosport will also show the full race live in France, as well as across Europe (147M household reach) including Germany and the UK.

The first hour of the race will be shown live on RTBF in Belgium, with TV2 in Denmark broadcasting 18 hours of the race starting from 21h00 CEST local time.  In Sweden, the entire 24 hours will be shown on TV10 while Viasat Sport will show the full race live in Norway on Viasport + and on Viafree in Finland.

MotorTrend – dubbed the only linear network dedicated to auto enthusiasts – will broadcast the entire WEC race live across the USA and Canada.  Meanwhile, SuperSport will air the full race as part of a pan-regional deal in Africa.

Residents in central and South America can watch most of the action from Le Mans live via Fox Sports 3. Eurosport will also broadcast free practice, Hyperpole and the 24-hour race live pan Asia-Pacific on its Eurosport 2 channel with the full race also shown on Eurosport in Australia.

In Asia, J Sports in Japan – and home of LMP1 team Toyota Gazoo Racing – will broadcast 2.5 hours of the race in the evening, with the full event set to be shown to Japanese fans two days later.  In New Zealand, fans will be able to watch their home driver Brendon Hartley for the entire race as the 24 hours will be broadcast live via Sky.

As always, full coverage on the FIA WEC app will be available worldwide.  The official WEC app has English commentary on its live transmissions and official WEC highlights shows, with Allan McNish giving his expert insights.

The 2013 World Endurance Champion will be joined by experts Martin Haven, Graham Goodwin, Jamie Campbell-Walter, Peter Dumbreck and Ben Constanduros for this round while Hayley Duncan and Alexandra Legouix will support the team with their valuable insights direct from the pitlane.

For more information about the WEC app, click HERE.

For the rest of the world, there will be various TV channels and online platforms that will broadcast qualifying, the race and/or highlights.