Le Mans 2020: We have the weekend covered for you! 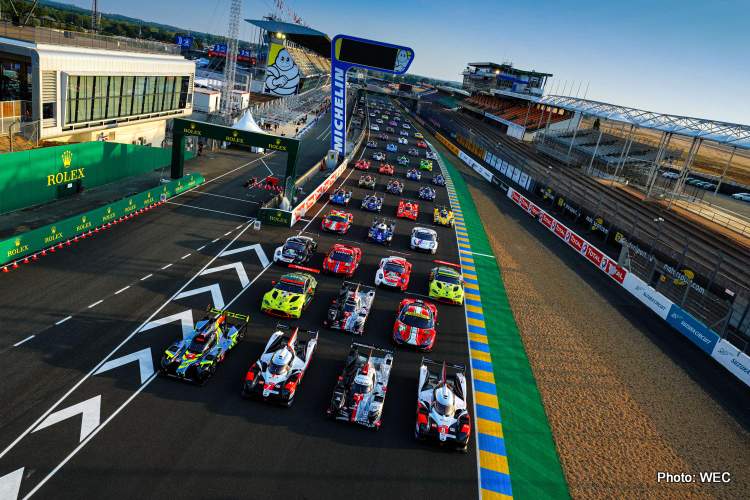 We are pleased to confirm that we will be providing extensive coverage of this weekend’s Le Mans 24 Hours – one of the great races on the planet with 59 entries set to do battle for the 88th time at the hallowed venue.

With Formula 1 on a much-needed break, after a gruelling triple-header, the World Endurance Championship’s crown jewel at Le Sarthe steals centre stage of the motorsport theatre and rightfully so.

Typically the legendary race clashed with the Canadian Grand Pix weekend, which from a coverage standpoint made it difficult to focus on as our priority is always F1 news of course.

As we did with this year’s edition of the Indianapolis 500, run under the cloud of COVID-19, which for a change did not clash with the Monaco Grand Prix weekend, we will have all the news, build-up and results during the build-up and throughout the event.

On Wednesday, all 59 cars took position on the Le Mans pit straight for the official launch of the 88th 24 Hours of Le Mans.

Sadly the grandstands will be empty this weekend as the race will be staged behind closed doors, but the cars are here and have made their first foray onto the track for the 2020 24 Hours of Le Mans official photo.

There will be more than 10 hours available for free practice on Thursday, plus the 45-minute qualifying session but, ahead of that, the 59 cars – 5 LMP1s, 24 LMP2s, 8 LMGTE Pros and 22 LMGTE AMs – came together on the Pit Straight late this afternoon for a very important moment: the official photograph of the competitors in the 2020 24 Hours of Le Mans, which will start at 14:30 on Saturday 19 September when race starter Carlos Tavares unleashes the cars for 24 hours of thrilling racing.

At 13:05 on Saturday, the PSA group CEO will complete a lap of the circuit at the wheel of the 908, the last Peugeot to win the 24 Hours of Le Mans (in 2009), a nod to Peugeot’s imminent return to endurance racing.

Another outstanding race car will take to the track just before the start on Saturday, the LMPH2G, the first hydrogen-electric prototype from the MissionH24 programme, with Olivier Lombard at the wheel.