Hakkinen: Mugello showed how drivers still have much to learn 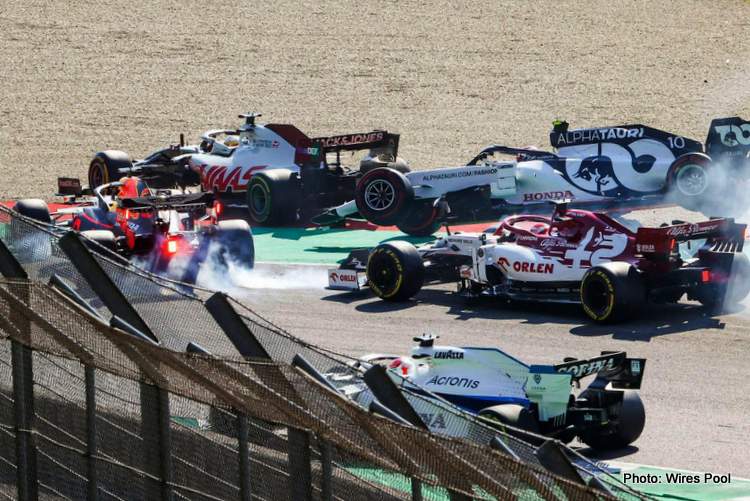 Mika Hakkinen suggests that Formula 1 drivers have a lot to learn after the incident-packed Tuscan Grand Prix at Mugello circuit on Sunday, the restarts exposing drivers on a dramatic day.

The shenanigans began when three did not go into one as they roared out of Turn 1 on the opening lap, by the time the dust had settled Max Verstappen’s Red Bull and the Alpha Tauri of Pierre Gasly were beached while Carlos Sainz was lucky when he spun his McLaren at Luco not to get clouted by the pack.

But it it was also to prove to be his downfall, as Carlos slipped down the order at the restart he was among the likes of Sauber’s Antonio Giovinazzi, Haas duo Romain Grosjean and Kevin Magnussen as well as Williams rookie Nicholas Latifi.

With Valtteri Bottas dictating a very slow pace at the front in his Mercedes, the boys at the back got itchy feet and, in the blink of an eye, there were broken cars flying in every direction as they mounted one another in their over-eagerness to get the race going again.

In his latest Unibet column, double F1 World Champion, Hakkinen reasoned, “Looking at the accidents at the start of the Tuscan Grand Prix, I think this showed how drivers still have much to learn when visiting a new circuit.

“Mugello created a unique challenge given that it is very quick but also quite narrow. With only one natural overtaking place, drivers were trying to make sure they positioned themselves as well as possible at the start with three or four cars fighting for the same piece of track.

“The first accident was a normal racing incident, with too many cars closely packed going into left-right at Turns 2 and 3.

“The second accident, which caused the race to be red-flagged, was much more dangerous as we had cars tightly grouped as drivers were trying to guess when Valtteri Bottas would accelerate after the Safety Car restart. This resulted in cars going at different speeds and drivers unsighted.

“The on-board television images showed just how difficult it was for drivers to avoid each other. It was the kind of multi-car accident we are used to seeing in lower formula, not in Formula 1, but once again the safety improvements did their job.

“Lance Stroll’s accident was worrying because the car appeared to suffer failure which may have been as the result of Mugello’s kerbs. Suffering a failure like that is not a good experience because the driver becomes a passenger and there is nothing you can do except prepare for the impact,” explained Mika.

Despite the attrition and incidents, drivers were unanimous in their praise for the old-school race track where making mistakes are punished which contrasts to the sterile modern Tilke-touched arenas that are simply too kind to mediocrity and, ultimately, boring.