FIA: No investigation into Hamilton over t-shirt 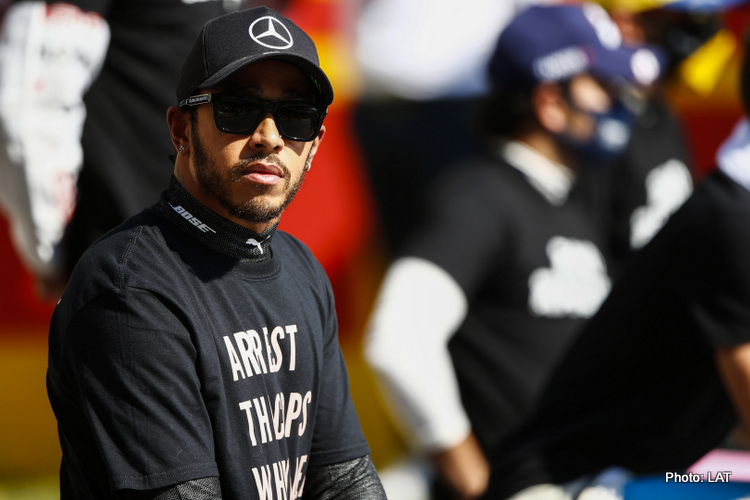 The FIA will not investigate six-time Formula 1 world champion Lewis Hamilton for wearing a T-shirt to protest police brutality, it was reported on Tuesday.

Following a story from Monday that the governing body was looking into Hamilton’s decision to wear a T-shirt that said “Arrest the cops who killed Breonna Taylor”, a spokesman has now confirmed to the BBC that Hamilton will not be investigated for potentially breaching article 1.2 of the FIA statutes which prohibits political statements.

However, the FIA will still seek to clarify the guidelines as to what drivers can wear pre-race and post-race as part of F1’s “end racism” campaign.

Hamilton, who has been a vocal supporter of the “Black Lives Matter” movement in 2020, had previously worn a BLM t-shirt at races, but opted to directly protest the slaying of 26-year-old Taylor by Louisville police after a similar display from Japanese tennis player Naomi Osaka at the US Open.

Shortly after the announcement, Hamilton took to Instagram to assure his followers he “won’t let up” in his fight for equality.

“Morning world. I hope where ever you are, you are staying positive in mind and body.

“Want you to know that I won’t stop, I won’t let up, I won’t give up on using this platform to shed light on what I believe is right.

“I want to thank those of you who continue to support me and show love, I am so grateful.

“But this is a journey for all of us to come together and challenge the world on every level of injustice, not only racial.

“We can help make this a better place for our kids and the future generations.” 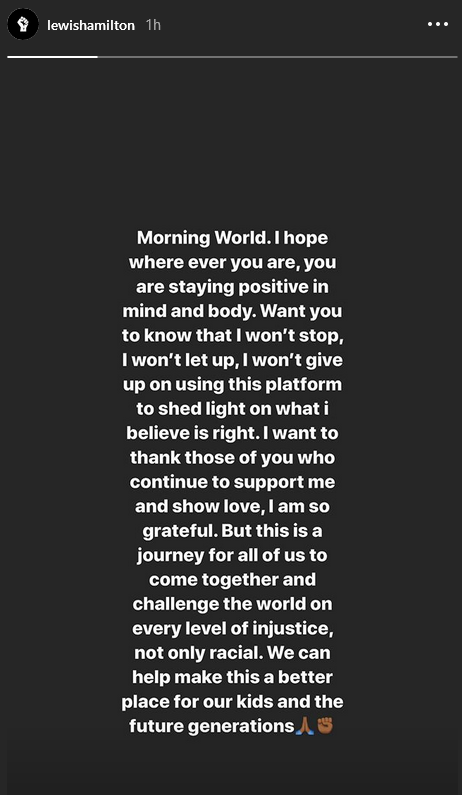