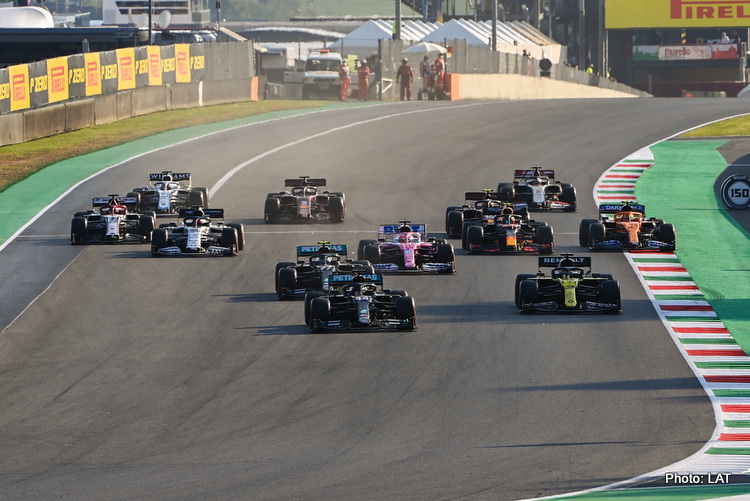 As Formula 1 teams return home to rest and gather breath after three successive triple-headers, bosses have stressed that such intense scheduling cannot become the norm.

The season, delayed and condensed by the COVID-19 pandemic that has so far confined the track action to Europe, started only on July 5 with back-to-back races in Austria, followed by Hungary.

After a weekend off, there were then two successive races at Britain’s Silverstone and a trip to Spain.

Last Sunday’s first Tuscan Grand Prix at Italy’s Mugello circuit near Florence effectively began the second half of the season and followed on from Monza and Belgium’s Spa-Francorchamps.

“We’re doing them this year but if I were to tell all the mechanics that this is how it’s going to be, going forward, I think they would choose to do something else.”

Haas team boss Guenther Steiner said three weekends in a row was tough on everyone at the best of times.

“We had a few months not doing so much in the beginning of the year… but doing it going forward as a standard I don’t think it’s a good idea,” he added.

Formula 1 should have had a record 22-race calendar this year, and the regulations allow for up to 25 in a season.

“I think the biggest issue is being away from the families and the kids and so on, for each team member,” McLaren team boss Andreas Seidl told reporters in July before the Silverstone-Spain triple run.

F1 trialled its first triple-header in 2018, when the season was 21 races long, with a trip to France followed by Austria and Britain, and there were concerns then about the impact on personnel.

The next race in Russia will be the furthest the sport has travelled in 2020, not including a planned opener in Australia in March that was cancelled after the teams arrived, but it stands alone.

The 17-race season ends with another triple-header in Bahrain (two rounds) and Abu Dhabi from Nov. 29 to Dec. 13.