Brawn: Mugello is a fabulous track and it didn’t disappoint 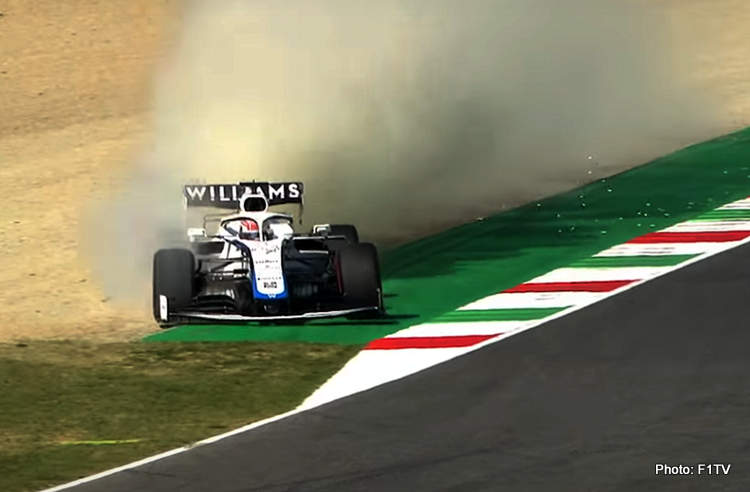 Formula 1 motorsport chief Ross Brawn has given his stamp of approval to the Mugello race track while backing  FIA Race Director Michael Masi and his team in the wake of an incident-packed Tuscan Grand Prix on Sunday.

Several incidents, including the headline-grabbing, multiple car pile-up during a restart early in the race were major talking points in the aftermath of an incredible day.

But after the race, Mercedes drivers Lewis Hamilton and Valtteri Bottas questioned the timing of the safety-car, the Finn going as far as claiming “they’re trying to make the show better” which irked F1 officialdom.

In his race review, Brawn declared, “I thought the race was handled very well by the FIA and the F1 Race Director Michael Masi, with two necessary red flag events that ultimately led to a very exciting race.”

Nevertheless, a number of drivers have called for the safety-car restarts to be reviewed and tweaked in the name of safety.

Brawn affirmed, “The Safety Car restart, and subsequent multi-car collision, was worrying. I’m sure the FIA will study the circumstances around what happened and see what conclusions we draw from that.”

Circumstances dictated that Mugello became a replacement race for the severely affected 2020 schedule, and proved to be a great addition to the top flight. Proving to be a highly challenging piece of tarmac set preciously on Tuscan hills, whose rises and falls make for a spectacular venue, of the old-school style.

Quite the opposite to the sterile racing arenas with little character, packed with fake, acres of run-off, no consequences for the errant and rewarding mediocrity which has become the fashion in this era of Tilke-tracks.

In contrast, Mugello is simply the opposite: genuine, unforgiving, punishing mistakes while rewarding the brave and daring eg. George Russell’s incredible save on his hot-lap in qualifying was something to behold.

Fully committed, full gas he got on the dirt exiting Savelli but he hung on gamely – overloaded with talent the kid has huge balls too! He kept his foot planted, full-power, no lift as he wrestled to point the Williams towards Arrabiata1; it was jaw-dropping stuff that reminds us how incredibly good these blokes really are! View that moment here>>>

Although, ahead of the weekend in Tuscany, there may have been a few murmurs regarding safety, at the never before used for F1 venue, but every driver relished driving the exhilarating track and are keen for more visits in the future.

Brawn acknowledged, “Tuscany is a beautiful part of the world, but I never imagined, in all my Ferrari years of testing there, Formula 1 would ever race here. Mugello is a fabulous track, in a breathtaking location, and it didn’t disappoint with some sensational action.

“Of course, the unusual situation has allowed us to race here, but it has seized its opportunity and handed us an eventful race, partly as a consequence of the nature of the circuit.

“There were some great overtakes and the high-speed nature of the layout made it very hard on the drivers. It was a real physical and mental challenge, amid very hot conditions,” added the F1 motorsport chief.