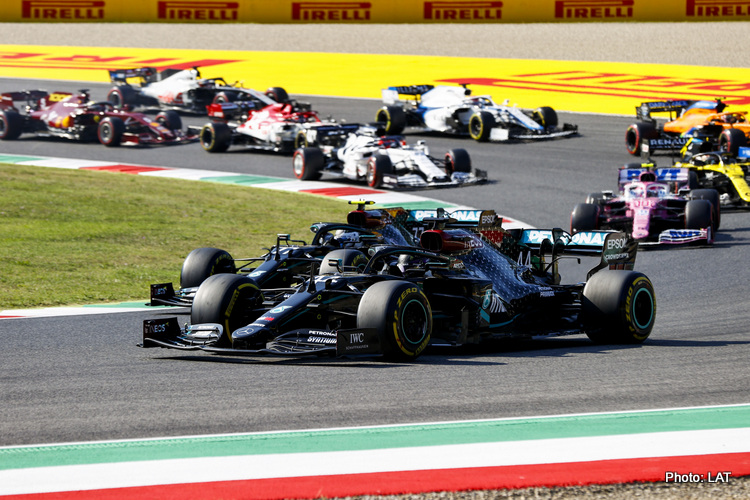 Jumping pole-sitter Hamilton off the line, Bottas handed the advantage back after the first red flag, and then ruined any chance of catching the Briton with another botched start after the second.

“Valtteri Bottas will leave Tuscany believing he should have a victory trophy in his possession,” Brawn wrote in his post-race column. “The Finn was in tremendous shape after snatching the lead from Lewis Hamilton.

“But he let the win slip through his fingers and he must be struggling to come to terms with another defeat to the reigning world champion.

“This one will hurt and will leave him asking himself – what does he need to do to get the better of his team mate?”

Victor at the season-opening Austrian Grand Prix, Bottas’ championship hopes have taken a nose dive since, with Hamilton winning six GPs en route to a 190-135 lead in the standings.

With eight races to go in the season, many onlookers feel the title is decided, and Brawn warns it could be if the Finn doesn’t quickly get his head into gear.

“He’s still in the championship hunt, of course, but as every race goes by, his chances are slipping away.

“It’s now a mental battle, because he has the speed. But Lewis is relentless, takes every opportunity and rarely gives one to his opposition.”