The Day After: A jam-packed GP 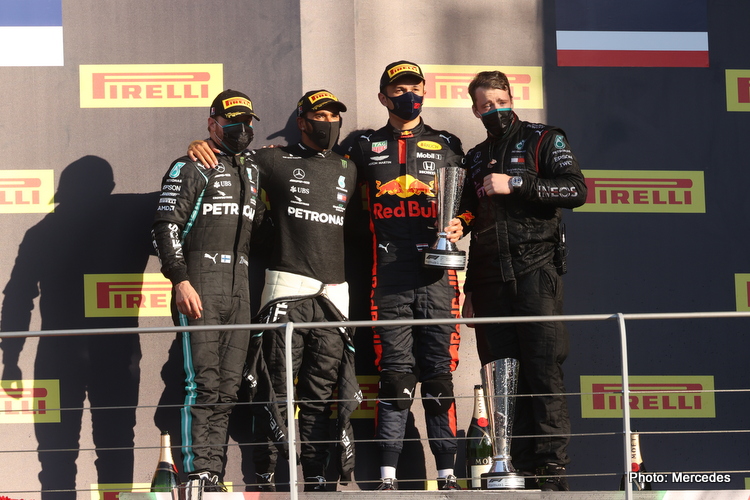 A race that had more than its fair share of excitement, there’s plenty to talk about after Sunday’s Tuscan Grand Prix.

With all that happened in Mugello, I think it’s only right to break out another one of my “medium hits”, so here goes:

Another race, another Lewis Hamilton victory… and another very disappointed Valtteri Bottas. Certainly the Finn did well to get past at the start, and very well could’ve won the race had it not been for the subsequent stoppages, but just as in qualifying you have to be ready to seize the moment at any time, on Sundays sometimes you have to earn your victory multiple times over. That’s just motorsport.

While I wouldn’t go as far as the Mercedes boys in alleging race director Michael Masi did it “for the show” in supposedly calling the safety car in late, it still doesn’t sit right with me. As Masi himself said, these guys are the best drivers in the world, if 12 of them needed to be reprimanded afterwards for “inconsistent application of throttle and brake” at the restart, I think it’s more reasonable this was due to general confusion caused by Masi and co, rather than over half the grid just simultaneously losing their minds.

Congrats to Alex Albon on his first F1 podium. Messaging in our GP247 WhatsApp group after the second red flag, I said getting to the podium would be a “big test” the Thai needed to pass, and hed did with flying colours. At the same time, he still had difficulty getting off the line, and the pace gap to Max Verstappen still remains, but maybe this will give him the confidence he needs to find more regular form in that car.

On the flip side, a disappointing showing from Pierre Gasly. No, his incident at the start with Kimi Raikkonen and Romain Grosjean wasn’t the most egregious showing from a F1 driver, but it was certainly avoidable. That gap was always going to disappear, and you have to have the foresight to back out of it.

On Friday I said I was very sceptical Mugello could provide good racing, boy am I glad to be wrong about that one. It might not be an overtaking fest, but it’s one of those tracks that lets battles build into the main opportunity at first corner, and when you combine that with the overall challenge it provides drivers – both in the track itself and the punishment for going off – I think it’s very much a circuit that deserves to stay on the calendar.

Drove the wheels off his car, and very well could’ve ended up on the podium. Alas, the ultimate pace of the Renault isn’t there, but the Australian’s quality remains a constant.

Worst of the Day: Valtteri Bottas

Obviously he did well to get past Hamilton at the start, but botching the two red-flag restarts let his teammate get completely off the hook, and that’s simply not good enough for a guy who supposedly still has championship ambitions.

“Obviously [it took] a while to get here. I can breathe. It feels nice to be here.” – Alexander Albon to David Coulthard in the post-race interviews. You think this is a weight off his shoulders or what?