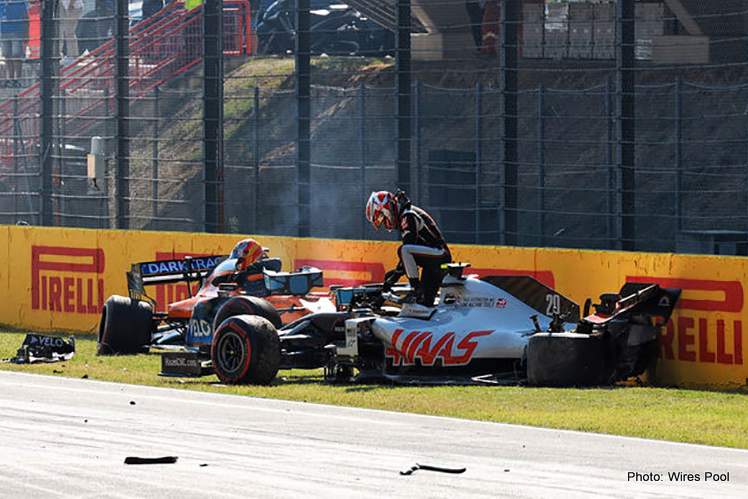 Six-times Formula 1 world champion Lewis Hamilton has called for a rethink on how races are re-started behind the safety car because he fears drivers are being put at risk.

Sunday’s Tuscan Grand Prix at Mugello was stopped twice due to crashes, the first time after a four-car pile-up when backmarkers accelerated too soon.

Valtteri Bottas had been leading for Mercedes and controlling the pace, backing the pack up and delaying his getaway for maximum effect.

Hamilton, who took his 90th career win at the Italian circuit, told reporters the safety car lights were being turned off, effectively handing over control to the race leader, later and later.

“They’re obviously trying to make it more exciting but ultimately today you’ve seen they’ve put people at risk, so perhaps they need to rethink that,” said Hamilton, who felt on this occasion it was “a little bit over the limit.”

Red Bull’s Alex Albon agreed it had been dangerous, “I think tracks like this are always going to be difficult as well, with long straights but definitely something could have been done better.”

Ferrari-owned Mugello was being used for the first time as a grand prix venue, Bottas said Mercedes had expressed some concern before the race, but to no effect, “They said basically they’re going to keep doing it because it’s better for the show. I think that was the reply.”

Asked whether safety was being compromised for the show, Hamilton said he did not want to overstep the mark, “They definitely need to take into account the safety aspect because today wasn´t particularly safe with the restart.”

Race director Michael Masi said there was no need for a review of safety car re-starts, “From an FIA perspective, safety is paramount. Full stop.”