Sainz: That was properly scary 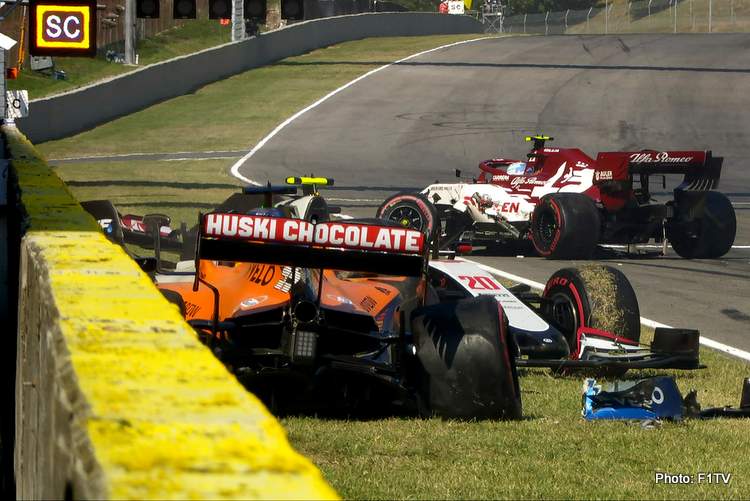 Carlos Sainz was in the wars on Sunday during the Tuscan Grand Prix, the McLaren driver spinning on the opening lap and then crashing heavily in a shocking multi-car pile-up during the first race restart.

Mugello was always going to be a tough place to race, blindingly fast and notoriously unforgiving for any errant driver. Many were caught out on the day, some were lucky to walk away unscathed.

Sainz was one of those. The first mistake when he spun while chasing Lance Stroll dropped him down the order. The McLaren recovered but way down the order and, on the restart, he drove into a cloud of disintegrating cars crashing into one another, his car orange ending up in the wall as the race was stopped yet again.

Afterwards, the Spaniard said, “That was properly scary. Everyone in front of me felt we were racing. Suddenly it looks like we were not anymore. Everyone started braking. When I realised it was too late and a big crash.”

“Well, first of all I’m glad everyone is okay after such a dangerous accident. That’s the main thing. We really need to look into what happened and figure out what triggered the whole situation to make sure it never happens again. It’s not the first time these restarts have got dangerous when you’re at the mid-to-back of the field, and something needs to be done.

“On the positive side, I got a good start. It was a day to take risks and try to go forward at the start because the pace all weekend hasn’t been great. Unfortunately, I had slight contact with a Racing Point, fighting for P5 into Turn Three, which sent me into a spin.

“We still had the whole race ahead of us and from P15 at the restart I could’ve fought into the points. Unfortunately, we never got to race again this afternoon.

“Last but not least, I want to thank the mechanics and the entire team for all their effort and hard work after doing nine races in eleven weekends. We keep going,” added Sainz.