Magnussen: Someone in the middle decided to go 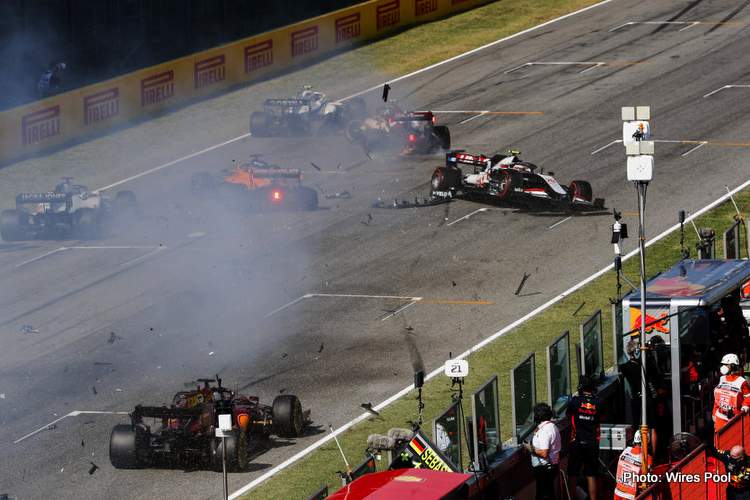 It looked like a helicopter crash when half a dozen cars got caught up in a restart melee during an action-packed Tuscan Grand Prix which eliminated a quarter of the grid.

The challenges of Mugello were always going to be tested at the venue’s first Formula 1 race on Sunday, unforgiving and incredibly quick – mistakes heftily punished – and many were made on the day, on a track that enthralled each and every driver.

Among the carnage on the pit straight, was the Haas of Kevin Magnussen who tried to make sense of one of the scariest crashes witnessed in a while, “Someone in the middle decided to go.

“Maybe someone tried to open the gap to get that momentum over the line and went too early. We were flat out for at least a few seconds and suddenly they all braked.

“The guy in front of me started to go, we were flat out for a few seconds, then suddenly they all braked. I braked, I saw people coming past, then I was hit by Giovinazzi – who had nowhere to go.

“This is certainly something to take a look at – in terms of whether or not this thing about overtaking until the line is a good idea or not. Maybe it’s a good idea to have it somewhere earlier on the straight.

“We can’t have this happen again. I’d got up to P12 from P20 on the first lap, it had been looking good. This is definitely another missed opportunity,” lamented the Dane.