Leclerc: We were just slow, not much more to add 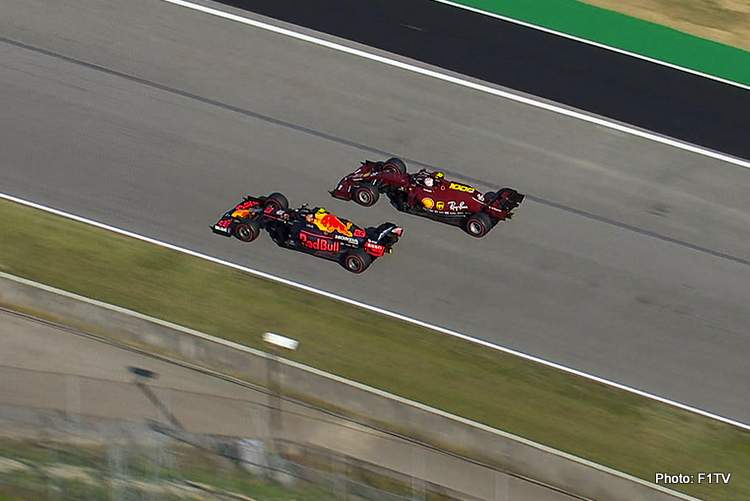 One thing Tifosi can be sure of, whatever Ferrari hand out for Charles Leclerc he will drive the pants off it, much like their favourite son Gilles Villeneuve did four decades ago when he raced for the great Italian.

But the Scuderia have given Leclerc a “shitbox” this season which, despite his gallant efforts, was only good for eighth place in his capable hands at the team’s 1000th Grand Prix, On a day in which they were severely outclassed by the dominant winners – Mercedes – and perhaps lucky that the incident-packed race sidelined almost half the field.

In the cockpit during the frantic Tuscan Grand Prix, Charles was exasperated as he grappled with the sluggish brown [that’s what it looked like on the telly no matter what angle] SF1000 and in the end, he was downbeat when he told reporters after the race, “We were just slow, there’s not much more to add to that.”

But he did elaborate, “I put myself in the best position possible but just struggling so much with the car. We need to work and try to understand because some races we are not competitive in qualy and now seem to do a good job in qualy but struggle massively in the race.”

Later he added in his report, “I had a great start, making my way to P3. Unfortunately, we didn’t have the pace we needed to keep this position and finished in 8th place.

“I tried to fight as much as I could, but it just wasn’t enough today. Lots of things happened in the race, but one thing hasn’t changed, which is that we have to work hard to improve our performance.

“The race itself was quite fun. I was happy every time there was a standing start because it was an opportunity for us to try and fight for positions.

“The car was quite difficult to drive, especially on the Hard tyres. Towards the end it became a bit better on the Softs, but overall, it’s very tough at the moment, so we need to keep our heads up and stay motivated. It’s very important to keep this in mind in times like these.

“Hopefully we will see better times coming soon,” added the Monegasque who lies eighth in the championship on 49 points, 141 behind leader Lewis Hamilton.

In the sister Ferrari, Sebastian Vettel was again outperformed by his younger teammate in qualifying and in the race. Nevertheless, the German survived the mayhem, despite breaking his wing when he tagged Carlos Sainz’s McLaren on the opening lap, to finish tenth.

He reported, “The start was not the best, but then I had a good run into Turn 1 staying on the inside, out of trouble. Then when I came round Turn 2, I saw that the McLaren had spun, but I couldn’t avoid making contact.

Luckily, with the Safety Car deployed we could change the wing and rejoin the field. I would have loved to capitalise a little bit more on other people’s mistakes, but at least we were quite lucky to generally stay out of trouble.

“The positive thing is that we were able to finish in the points, but of course we can’t be happy with our position,” added Seb wh lies 13th in the championship standings, the worst he has ever been since his first full season in 2008. It was also the first time he has ever finished tenth in a Grand Prix.