Hamilton: Definitely one of the craziest races I have had 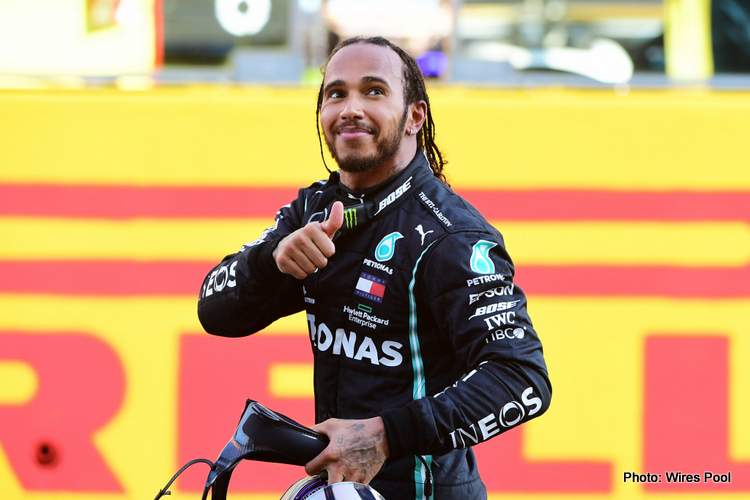 When the dust had settled on a chaotic and expensive (plenty broken cars) Tuscan Grand Prix, Lewis Hamilton emerged as the winner standing tallest at Mugello on the top step of the podium, a track owned by Ferrari who were also celebrating their 1000th start in the top flight on Sunday.

Lewis had to work hard for his 90th F1 victory, surviving three restarts in one of the most enthralling races in ages, but at the same time extended his grip on the championship, a seven title beckons as his teammate failed to trouble him and, the other contender, Max Verstappen out on the first lap. The DNF sure to bury his hopes of an upset.

Sporting a T-shirt emblazoned with “Arrest the cops who killed Breonna Taylor”, Hamilton summed up his afternoon from parc ferme, “It was all a bit of a daze. It was like three races in one day. It was incredibly tough today, obviously with a difficult start.

“This track is phenomenal. Obviously the heat and keeping Valtteri Bottas, who has been quick all weekend, was not easy and I was behind in the beginning. All those restarts, the focus that’s needed during that time, it’s really, really hard. It’s crazy to be here and have 90 Grands Prix [wins].”

“Definitely one of the craziest races I have had. Three races in one day. I am pretty exhausted to be honest. Obviously I didn’t do a good start first time. The second start was better. I had a seven-second gap and was pretty comfortable with that gap. Then another one.

“It was incredibly tough out there, this track is phenomenal and Valtteri was pushing me hard, so it wasn’t easy at all. With all the restarts and the focus that was required, it was really hard. The first start wasn’t great and I lost the place to Valtteri, but then the second start was better and I got the place back.

“I had a comfortable advantage after that point but then there was another red flag. Anything could have happened on those restarts but fortunately, on the last one, I got my best start of the day and was able to maintain my position.

“Valtteri was always right there with me and I couldn’t make a single mistake, otherwise he’d be right there to pass me on the straight.

“A huge thank you to the team here at the track and back at the factories for all their hard work to make this result possible, and this is a brilliant circuit, so I’d love to come back in the future,” added Hamilton.

The World Champion also nabbed the point for fastest lap to take his points tally to 190, 55 more than his closest rival, teammate, Valtteri Bottas who finished second on the day.

Other milestones worth mentioning are: