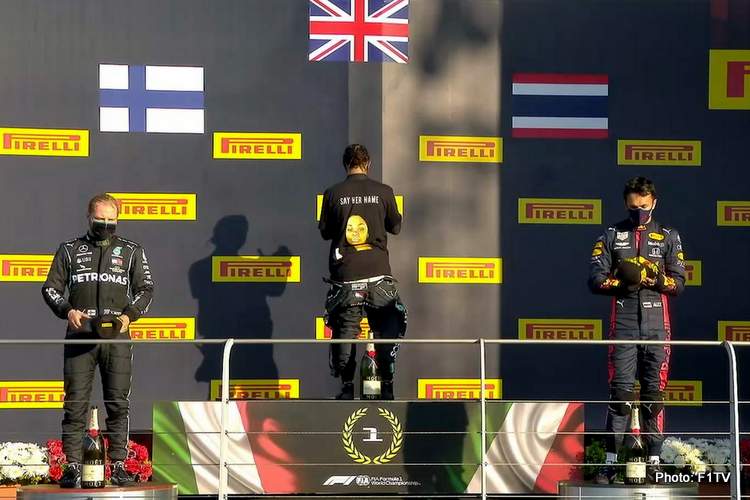 Six-times Formula 1 world champion Lewis Hamilton took a knee before the start of the Tuscan Grand Prix on Sunday with a message on his shirt declaring “Arrest the cops who killed Breonna Taylor”.

The words “say her name” and a photograph were on the back of Hamilton’s shirt which he revealed during the podium ceremony.

He also wore the T-shirt while being interviewed live immediately after winning the action and incident-packed race at Mugello.

The Mercedes driver, the sport’s only Black competitor, has previously worn a “Black Lives Matter” T-shirt in similar pre-race gestures against racism.

Taylor, a 26-year-old Black woman, was killed by police officers who burst into her apartment in Louisville, Kentucky, in March.

One police officer involved was fired by the city’s police department in June. Two other officers have been placed on administrative reassignment. No criminal charges have been filed against any of the three.

U.S. Open tennis winner Naomi Osaka wore a face mask with Taylor’s name on it as one of a series of masks she wore on her way to the title.