Ferrari 1000: History, pride, a Schumacher and then pain 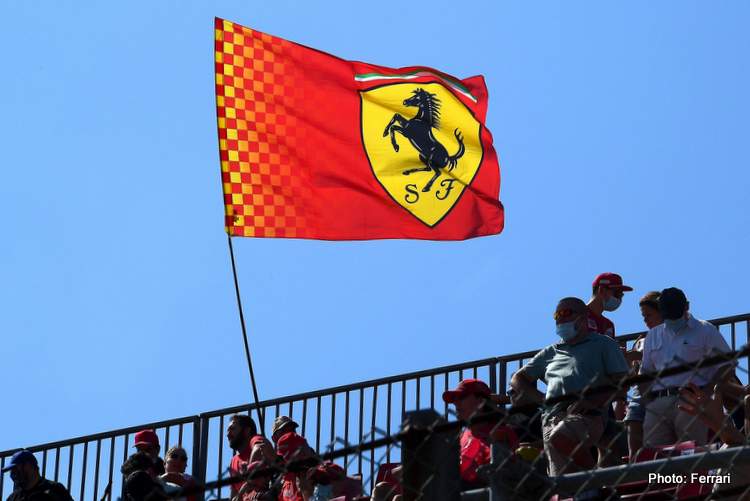 Ferrari celebrated their 1,000th Formula 1 world championship race on Sunday at the first-ever Tuscan Grand Prix with passion, pride and pain — and a Schumacher as Michael’s son Mick drove his father’s 2014 car around the team’s Mugello circuit.

Ferrari, the only team to have competed in every season since the first in 1950, have won more races and championships than any other.

Schumacher senior brought them five titles in a row from 2000-04, with most of his record 91 wins secured in red overalls.

Ferrari last won a drivers’ title with Kimi Raikkonen in 2007 are currently sixth overall and in danger of slipping further.

“Ferrari and Formula One are sort of joined at the hip,” chief executive Louis Camilleri told Sky television ahead of the Tuscan Grand Prix at the team’s scenic circuit north of Florence.

“It’s hard to imagine Formula 1 without Ferrari or the other way around. We’ve been there forever. History creates pressure too and we’re looking forward to the next 1,000,” he added.

“We’re in a hole now and we know we’re in a hole. It’s a confluence of factors but anything I say will come across as excuses and we’re not into excuses.

“What matters is to focus on the issues we have and work with determination to get back to what we consider to be our rightful place.”

Mick Schumacher, leading the Formula Two championship and looking increasingly destined for F1 in 2021, could be a part of that future.

“To be able to drive it now as the second generation to drive it is something very special,” he said after his demonstration laps in the F2004, Ferrari’s most successful racing car.

That SOUND is just something else 😍The most winning car and name together again: the F2004 and (Mick) Schumacher celebrate our 1000th GP ✨#essereFerrari🔴 #SF1000GP #TuscanGP @SchumacherMick pic.twitter.com/xV250rqChG

Ferrari had also celebrated their milestone with a socially-distanced show in Florence’s Piazza della Signoria on Saturday night attended by drivers and bosses past and present with a display of cars through the eras.

“As we celebrate our first 1,000 races, we are already looking ahead, already thinking about the next 1,000,” said Ferrari president John Elkann.

“I am absolutely certain of one thing, that in the next 1,000 Grands Prix we will win more races than we have to date.”

On the milestone race day, it was pain for Tifosi and their team, as the awkward maroon-brown cars tipping a hat to the original blood-red of Enzo Ferrari’s original Scuderia, were sorely outpaced and reduced to battling with Williams..

Charles Leclerc’s grand efforts to put the car fifth on the grid came to nought as he slipped down the order as rival after rival simply left the Ferrari standing on the straights. The Monegasque wrestling the car home to eighth.

Teammate Sebastian Vettel qualified 13th and managed to get away with a point for tenth, after almost half the field was decimated during a race of high attrition and a whole lot of bent metal.

It was a forgettable 1000th race, but at least the gods were kind and granted the home team a double-points, albeit it the meagre ones. Hardly a memorable result as Mercedes were in another league, dominating on Scuderia’s unique day.