Elkann: Ferrari is not only the past, but also the future 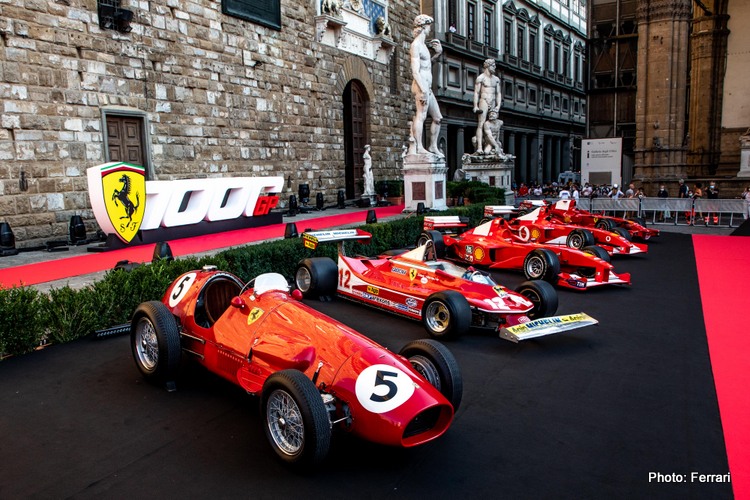 Ferrari’s recent struggles have not diminished ambitions for another era of dominance like that enjoyed with Michael Schumacher, says Scuderia chairman John Elkann.

Present for the celebration of Ferrari’s 1000th Formula 1 grand prix this weekend in Florence, Elkann told Sky Sport 24 he was confident the team would be restored to its former glory in the near future.

“Ferrari is an indescribable passion, 1000 Grands Prix are a goal that no one else has achieved and we are happy and proud of everything that has been done,” he said. “Above all we are confident of what awaits us. Ferrari is not only the past, but it is also the future.”

Currently sitting sixth in the constructor’s championship, the Scuderia is enduring one of its worst seasons in history, with its embarrassment compounded by the fallout from the allegations it was illegally subverting the 100 kg/hour fuel-flow limit on its 2019 power unit.

Nevertheless, Elkann maintains his team is rolling with the punches, and aims to come back from its current predicament as strong as ever.

“When there is a long history like ours, there are beautiful and difficult moments, but the important thing is to start over and go further. We are committed to this.

“I hope to relive a new magical period like the one with Schumacher.”

With 16 constructor’s titles and 15 driver’s titles in their trophy cabinet, Ferrari is the most successful team in F1 history. Its most dominant run was a five-year stretch from 2000-04, wherein the aforementioned Schumacher led them to five-straight championship doubles.
https://youtu.be/TnQzFDhGx8Q