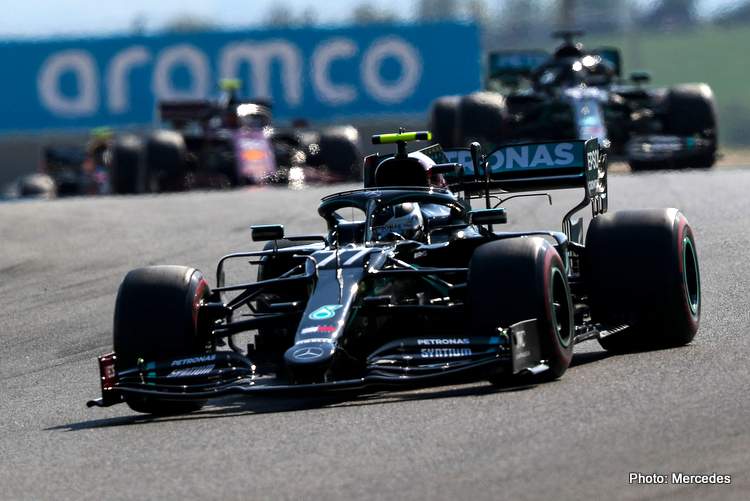 It cannot be easy being Lewis Hamilton’s teammate… Valtteri Bottas thought he had the measure of his Mercedes teammate despite being pipped to pole position for the Tuscan Grand Prix he believed he had the goods to win the race at Mugello.

His script got off to a good start as he blitzed off the grid to take the lead where he remained until the red flag required a restart. From then on, Bottas fluffed the re-start, got stuck behind Daniel Ricciardo in third as Lewis blitzed into the lead.

Bottas got by the Renault and went in pursuit of the sister car ahead with ten laps to go but, in the end, the Finn had to settle for second. Again he had no answer to his teammate when it mattered.

Valtteri said afterwards, “Disappointing because it was like a dream start to me to the race [originaly]. I also managed to hold my position at the Safety Car restart and then, I don’t really remember all the phases, but it seemed like there were no opportunities anymore after I lost the position at the second start.

“It feels like we had three races today and it was really tough out there. The first part of the race went well for me, but also was pretty short. I had a dream start and maintained my position on the first Safety Car restart.

“Once I lost the position to Lewis on the second start, it was really tricky to get it back. I did everything I could and was pushing really hard, especially in the middle stint so I could maintain the distance. But when you are behind, you need to slide the car more and that uses up your tyres.

“There weren’t many opportunities once I lost the place, but that’s how it goes, and I just need to keep pushing and keep trying to get better. And that’s what I’ll do,” added Bottas who is now 55 points adrift of his teammate in the drivers’ standings after nine rounds.